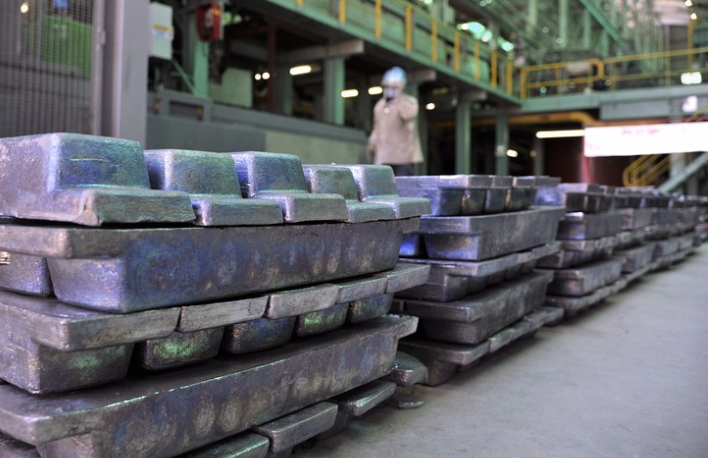 Silver futures settled at a 13-month high on Monday, outpacing strength in gold, which saw prices eke out only a modest gain.

Rising geopolitical worries on the back of Iran’s seizure of a British-flagged tanker, as investors look for major central banks to ease policy, provided support for the precious metals.

“The wind is now at our backs and we believe that both gold and silver will climb higher,” Maria Smirnova, senior portfolio manager at Sprott Asset Management, wrote in a recent report.

“Silver, in particular, has the potential to outperform gold significantly,” she said, noting that the gold-to-silver ratio recently hit a record 93:1, meaning that it took about 93 ounces of silver to buy one ounce of gold.

“This leaves significant room for silver to run. The annual silver market is only about $15 billion of value, and it does not take much to move silver’s price,” Smirnova said. “Silver demand is already making a stealth comeback with the U.S. mint reporting a 43% increase in silver coin sales year-to-date as of June 30 and with ETFs gathering steam. If this investor interest continues, it will definitely push the silver price higher.”

“The price of gold has picked up strongly since late May as concerns about weak global growth, and rising geopolitical tensions in the Middle East, encouraged demand for safe havens,” wrote analysts at Capital Economics, in a note. “In addition, investment demand has been spurred by an explosion in negative yielding debt and there has been stellar demand from central banks.”

But the analysts expect gold prices to stagnate over the remainder of the year. They argue that investors will need to factor in shallower rate cuts than currently anticipated by the Federal Reserve and they’ve also penciled in weaker physical demand from Asia in response to an increase in India’s duty on gold imports.

Gold last week climbed above $1,450 an ounce on an intraday basis as expectations grew for the Federal Reserve to cut interest rates by as much as a half point at its July 30-31 meeting. But gold subsequently pulled back after the New York Fed said bullishly interpreted remarks by its president, John Williams, weren’t meant as a commentary on policy actions at the July meeting.

Still, investors look for the Fed to cut rates by a quarter point next week, while the European Central Bank could signal this week its preparing to take additional easing measures in coming months.

“Iran’s confrontation with the U.S. and the U.K. will probably escalate in the coming weeks, with the concern in the marketplace being a major U.S. military strike against Iran, which could disrupt oil shipping in the Persian Gulf. Such would be bullish for the safe-haven metals,” said Jim Wyckoff, senior analyst Kitco.com.