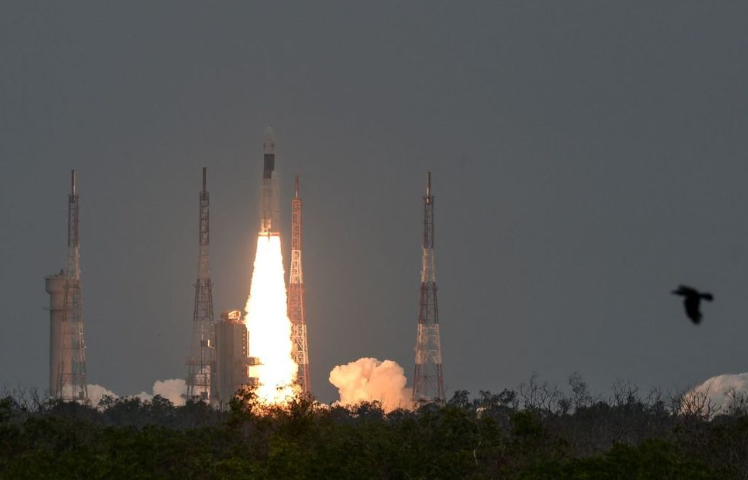 It was the second launch attempt for the mission, which, if successful, would make India the fourth country to achieve a soft landing on the moon.

INDIA ON MONDAY MORNING successfully launched its mission to land on the moon.

The mission, Chandrayaan-2, was supposed to launch earlier this month but ran into a “technical snag,” according to the Indian Space Research Organization.

It’s the country’s second mission to the moon. Chandrayaan-1 orbited around the moon in 2008 but did not touchdown.

India’s second launch attempt comes on the heels of the 50th anniversary of the Apollo 11 moon landing, which put the first man on the lunar surface. If Chandrayaan-2 is successful, India would join the U.S., China and the former Soviet Union as the only countries to perform a soft landing on the lunar surface. Israel attempted to become the fourth country to achieve this in April, but its spacecraft crashed.

The Chandrayaan-2 spacecraft is orbiting Earth while researchers test its propulsion system. They will maneuver the spacecraft higher into Earth’s orbit and eventually put it on a trajectory to the moon. The orbiter is expected to reach the moon in September.

“The historic launch of #Chandrayaan2 from Sriharikota is a proud moment for all Indians. Congratulations to our scientists and engineers for furthering India’s indigenous space programme. May @ISRO continue to master new technologies, and continue to conquer new frontiers,” tweeted the president of India, Ram Nath Kovind.

India will use a rover to explore the lunar surface for a period of two weeks. The mission aims to learn more about the origin and evolution of the moon.

ISRO Chairman Kailasavadivoo Sivan called the launch “the beginning of a historical journey.” He said the mission aims to land on the moon’s south pole, which is believed to host reservoirs of ice that could be used for rocket fuel. It is also the destination of NASA’s 2024 mission to the moon.

India is a growing power in space. The country plans to send three astronauts into Earth’s orbit in 2022 and set up its own space station by 2030.