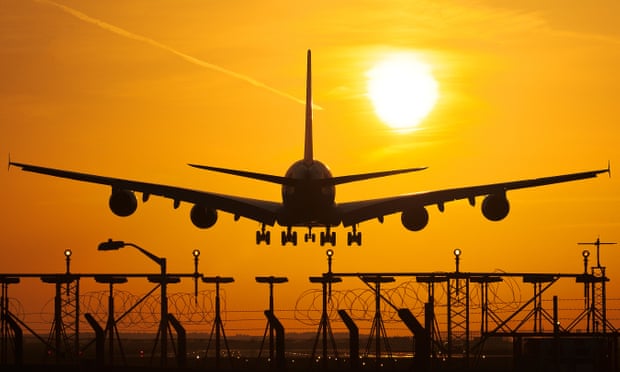 Air passengers may have to pay an extra “carbon charge” on flights as part of a government initiative to reduce CO2 emissions and tackle the climate crisis.

Passengers could choose to pay more for travel tickets, which would then be used to offset greenhouse gas emissions. Or the scheme could work on an “opt-out” basis and also be applied to trains, buses and ferries.

Ministers hope the plans will raise awareness about the effects of public transport on the environment. The extra funds could be used to spearhead eco-friendly projects such as planting trees to reduce the carbon footprint.

The government said it hoped the initiative would “drive consumer choices towards less polluting journey options”.

However, the transport secretary, Chris Grayling, has launched a call for evidence on offsetting carbon emissions produced by public transport. In addition, the government has expressed concerns consumers may not trust that their payments are supporting worthwhile causes.

Grayling said on Thursday: “Climate change affects every one of us and we are committed to ensuring that transport plays its part in delivering net zero greenhouse gas emissions by 2050.

“An offsetting scheme could help inform travellers about how much carbon their journey produces and provide the opportunity to fund schemes, like tree planting, to compensate for those emissions. However, our focus remains to target the development, production and uptake of zero emission technology across all modes of transport.”

A report by the Department for Transport said: “One way to increase uptake could be to follow an opt-out rather than opt-in model, under which the cost of offsetting carbon emissions would be automatically included for consumers.”

In the past year, a third of carbon dioxide emissions came from transport alone in the UK.

America’s Got Scallops: Catch Is Up, Consumers Shelling Out