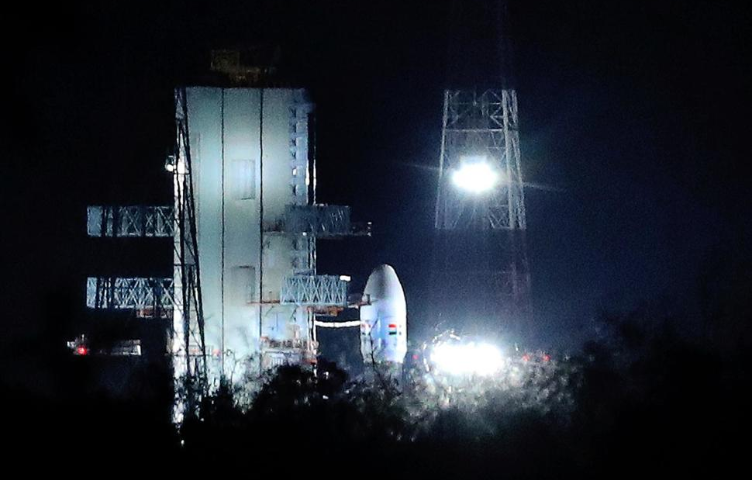 The country’s attempt to become the fourth nation to achieve a moon landing has been rescheduled for Monday.

INDIA’S ATTEMPT TO become the fourth country to land on the moon has been rescheduled for Monday due to a “technical snag.”

The first attempt, which was set for July 14, was called off because of a technical problem just an hour before it was scheduled to launch, according to the Indian Space Research Organization.

Chandrayaan-2, which features the Sanskrit word for “moon vehicle,” would be the first spacecraft to land on the moon’s south pole, according to the organization. The south pole is believed to host reservoirs of ice, which could be used for rocket fuel, and it is the destination of NASA’s Artemis mission planned for 2024.

The country’s first moon mission, Chandrayaan-1, orbited around the moon in 2008 but did not land on the lunar surface.

If successful, India would join the U.S., China and the former Soviet Union as the only countries to perform a soft landing on the moon’s surface. An Israeli attempt to achieve the feat ended with its spacecraft crashing into the moon in April.

Chandrayaan-2 involves an orbiter, lander and rover that will focus on searching for water and minerals and measuring seismic movements. It is a significant step by the country, which is trying to establish itself as a player in space.

India made headlines earlier this year when it successfully shot down its own satellite with a rocket. Narendra Modi, the prime minister, tweeted that the anti-satellite test was a “highly complex one, conducted at extremely high speed with remarkable precision.”

“It shows the remarkable dexterity of India’s outstanding scientists and the success of our space programme,” he wrote.

The country also plans to send three astronauts into Earth’s orbit for seven days in 2022 and set up its own space station by 2030.

Chandrayaan-2’s spacecraft will take off from Sriharikota, India, and its orbiter will reach the moon in September. The launch is scheduled for 5:13 a.m. Eastern Time.