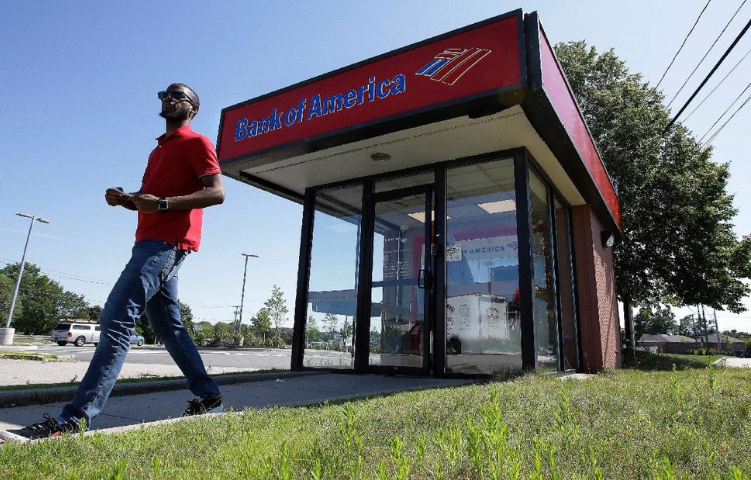 NEW YORK — Bank of America’s second-quarter profits rose by 8% from a year earlier, the company said Wednesday, as the consumer banking giant has benefitted greatly from the rise in interest rates as well as consumers and businesses more willing to borrow.

Like the other big banks who have reported their results this week, Bank of America’s profits have risen in no small part due to the rise in interest rates over the last few years. It’s allowed banks to charge more for consumers and businesses to borrow.

At BofA, interest income at the bank rose 3% from a year earlier. Meanwhile the bank was able to keep expenses relatively stable and did not report a significant rise in delinquencies or credit losses. The bank also did not have to significantly increase the amount it was paying depositors, reporting only a 0.77% rate on interest-bearing deposits in the quarter. That’s up mildly from 0.73% a year earlier.

The Charlotte, North Carolina, bank was able to grow both loans and deposits in the quarter, despite the rise in interest rates for loans and less yield on deposits.

Other part’s of BofA’s businesses were quieter in the quarter, reflecting that investors largely stayed on the sidelines in the last three months due to the economic uncertainty tied to the U.S-China trade wars and the future direction of interest rates. The bank’s global markets division saw profits fall from $1.27 billion to $1.07 billion this quarter, on lower trading and less investment banking fees.

Firmwide, Bank of America had revenue of $23.08 billion, up from $22.55 billion in the same period a year earlier.