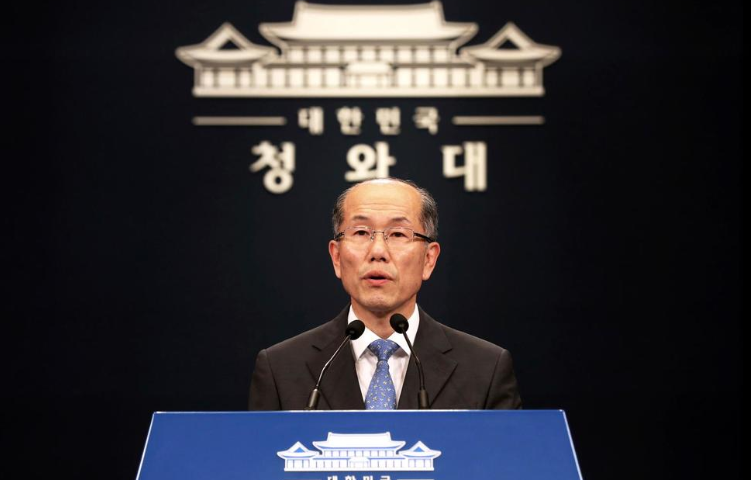 South Korea and Japan have failed to immediately resolve their dispute over Japanese export restrictions that could hurt South Korean technology companies.

SEOUL, South Korea — South Korea and Japan on Friday failed to immediately resolve their dispute over Japanese export restrictions that could hurt South Korean technology companies, as Seoul called for an investigation by the United Nations or another international body.

Tokyo last week tightened the approval process for shipments of photoresists and other sensitive materials to South Korea, saying they can be exported only to trustworthy trading partners. The move, which could affect South Korean manufacturers of semiconductors and display screens used in TVs and smartphones, has triggered a full-blown diplomatic dispute and further soured relations long troubled over Japan’s brutal colonial rule of Korea before the end of World War II.

At their first meeting in Tokyo since the crisis erupted, Japanese officials told their South Korean counterparts that Tokyo saw weaknesses in Seoul’s export controls. They said that the trade curbs were not retaliation for South Korean court rulings that ordered Japanese firms to compensate aging South Korean plaintiffs for forced labor during World War II, according to a Japanese trade ministry official.

The Japanese officials also reiterated that they won’t negotiate over the trade curbs and said, without specifying, that there have been “inappropriate” cases regarding Japanese exports to South Korea. When pressed by South Korean officials, the Japanese said the cases were unrelated to illegal shipments to a third country but refused to provide details, Lee said.

He said South Korean officials protested that Japan was providing only “very abstract” reasons for its stricter export controls.

“The positions still differ (between the two sides),” Lee said. “We did not see any willingness by Japan to change its measures from this meeting.”

The meeting started in an icy atmosphere, with officials skipping handshakes and staring at each other across the table in silence for several minutes, and continued for nearly six hours.

Kim You-geun, deputy director of South Korea’s presidential national security office, said South Korea has been thoroughly implementing U.N. sanctions against North Korea over its nuclear weapons program. He demanded that Japan provide evidence for claims made by Prime Minister Shinzo Abe and his conservative aides that there may have been illegal transfers of sensitive materials from South Korea to North Korea.

Kim said his government proposes Japan accept an inquiry by the U.N. or another body over the export controls of both countries to end “needless arguments” and to clearly prove whether the Japanese claims are true or not.

He said South Korea has been imposing stringent export controls on arms and sensitive materials that can be used for both civilian and military purposes as a signatory of major international pacts that govern such transactions.

“If the result of the investigation reveals that our government did something wrong, our government will apologize for it and immediately apply measures to correct it,” said Kim, reading a prepared statement on live TV.

“If the result shows that our government has done nothing wrong, the Japanese government should not only apologize but also immediately withdraw the exports restrictions that have the characteristics of a (political) retaliation. There also should be a thorough investigation on (any) Japanese violation,” he said.

South Korea plans to file a complaint with the World Trade Organization. Its trade minister on Tuesday said an “emergency inspection” of companies that process and export the chemicals imported from Japan found no sign of illegal transactions allowing them to reach North Korea or any other country affected by United Nations sanctions.

“The U.S. side has showed a good understanding about (the issue) and expressed a desire to provide active support to resolve the problem as South Korea, the United States and Japan should work together and cooperate in the Asia-Pacific,” Kim Hyun-chong told South Korean reporters after a meeting with U.S. congressional officials.

South Korea’s Foreign Ministry said Thursday that its minister, Kang Kyung-wha, discussed the issue with U.S. Secretary of State Mike Pompeo, who Seoul said expressed an “understanding” of the South Korean position and agreed to facilitate communication through diplomatic channels between Washington, Seoul and Tokyo.