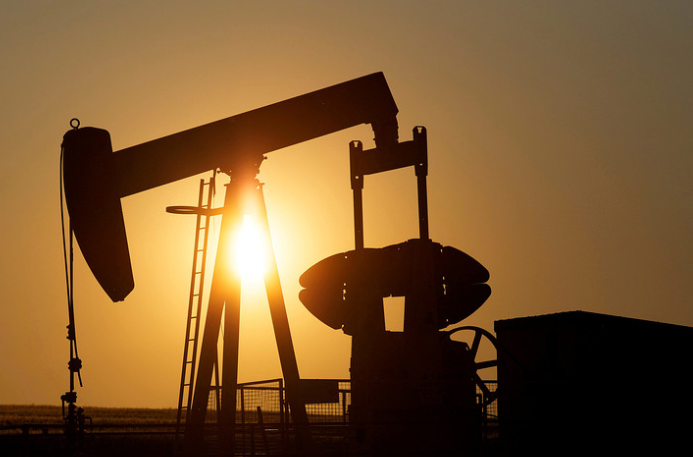 Oil futures gained on Tuesday, with U.S. prices logging a fourth straight session gain, buoyed by tensions with Iran that threaten the global flow of oil and by expectations for a weekly decline in U.S. crude supplies.

Concerns over a slowdown in energy demand, however, have kept prices in check.

Traders also awaited Congressional testimony this week from Federal Reserve Chairman Jerome Powell and any hints on the likelihood of an interest-rate cut later this month.

August West Texas Intermediate crude CLQ19, +1.40% rose 17 cents, or 0.3%, to settle at $57.83 a barrel on the New York Mercantile Exchange, following three straight session of gains. The settlement was the highest for a front-month contract since July 1, FactSet data show.

International benchmark September Brent BRNU19, +0.97% which had diverged from its U.S. counterpart a day earlier, climbed 5 cents, or nearly 0.1%, to $64.16 a barrel on ICE Futures Europe.

The string of U.S. oil-price gains “suggests that the corrective pressure has at least eased for now,” said Richard Perry, analyst at Hantec Markets.

Rising tensions between Iran and the United States have brought the two countries close to conflict and threatened the security of major oil transportation choke point, the Strait of Hormuz. Last month, President Donald Trump called off air strikes at the last minute in retaliation for Iran shooting down a U.S. drone.

The European Union on Tuesday urged Iran to reverse its scaled-up uranium enrichment that breaches a nuclear deal it agreed in 2015, Reuters reported. The Trump administration withdrew from the accord last year and imposed oil-focused economic sanctions.

“Geopolitics, and more specifically the threat of more military activity between the U.S. and Iran, is one of the only remaining bullish factors supporting the energy market right now, as the supply fundamentals are roughly balanced between an extension in OPEC+ policy but stubbornly elevated U.S. output,” said Tyler Richey, co-editor of Sevens Report Research.

The demand-side fundamentals, however, are “very unclear thanks to faltering global economic growth and still-simmering trade tensions between the U.S. and China,” he said.

Meanwhile, the Fed’s reaction to some signs of a slowing economy has been a key factor for markets, including for investors assessing whether oil demand will hold up. The interest-rate talk’s impact on the U.S. dollar DXY, +0.05% can also sway oil trading.

Investors appear less willing to take a chance on stocks and other perceived riskier assets as they wait for two-day testimony before Congress by the Fed’s Powell due to start Wednesday.

As for supply-side figures, weekly U.S. petroleum supply data are due out Wednesday from the Energy Information Administration. Marshall Steeves at IHS Markit said the EIA is expected to report a fall of 2.1 million barrels in crude stockpiles for the week ended July 5. That would follow three consecutive weeks of declines.

Gasoline inventories were forecast to fall by 400,000 barrels, while distillate supplies were expected to climb by 1.5 million barrels for the week, Steeves said.

Monthly oil reports from OPEC and the International Energy Agency will be separately released on Thursday and Friday, respectively.

Last week, the Organization of the Petroleum Exporting Countries and allied producers agreed to extend their production-cut agreement through March 2020, in a largely expected move.

Crude-oil production by OPEC stood at 30.09 million barrels a day in June, unchanged from May, according to an S&P Global Platts survey of industry officials, analysts and shipping data released Monday. The group’s compliance with production quotas, however, declined to 104% from 117% a month earlier.

The EIA’s monthly report Tuesday forecast a 2019 natural-gas price average of $2.62 per million British thermal units this year. That’s down 5.5% from the previous forecast.

Banks should shine among S&P 500 stocks this earnings season

Markets End up After Powell Hints at Rate Cut