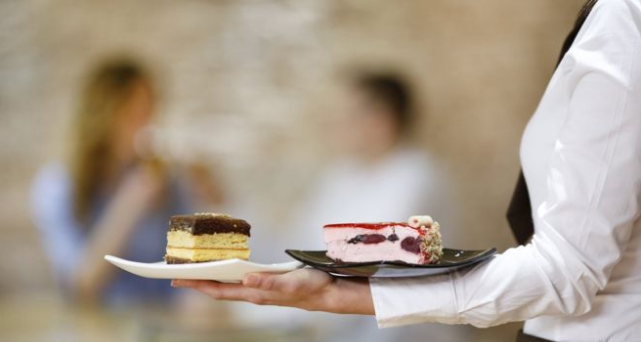 Every year, hundreds of thousands of people in the UK go self-employed by setting themselves up as sole traders.

But one in five of them will go bust in the first year. Why?

Well, according to one man who made a success of it and is now trying to help others follow in his footsteps, they haven’t thought it through properly.

“One guy said to me, ‘I want to open a fine dining restaurant,'” says Ian Harris, who runs Croydon Business Hub in south London.

“I asked him what he was doing now and he said, ‘I’m front of house in a restaurant.’

Ian explained to him that he would be totally reliant on the chef and his team, who would decide the menu and the quality of food on offer without his having any say.

“He was an intelligent young man, but he wouldn’t have lasted two weeks.”

High fail rate
Unfortunately, as a new analysis shows, too many sole traders bite off more than they can chew, which is why 60% fail within five years.

“Very few ever go on to make significant investments or employ others,” says the Institute for Fiscal Studies, which arrived at its conclusions by studying HMRC tax records.

Its research was funded by the Office for National Statistics through the Economic Statistics Centre of Excellence and the Social Research Council.

Being a sole trader is one way of being self-employed. Unlike setting up your own company, you don’t need to register with Companies House.

However, you are personally liable for all your losses, just as you are entitled to all the profits, minus tax.

The sector is growing, but there is a very high churn rate, with many businesses closing while new ones start up.

‘On the journey’
Ian Harris himself is a sole trading success story.

After years of working in IT, sales and marketing for big companies including IBM, he and his wife went into business for themselves, taking on run-down pubs, building them up and selling them on.

For him, sole trading was a way of realising his ambitions: “Ever since my early 20s, I wanted to actually run my own business. I was always very frustrated working for big companies.”

Now he spends his time coaching and advising people who want to become sole traders themselves – “sharing experience with people who are on the journey,” as he puts it.

His advice? “Every business and every person is different,” he says. “But they need to know who they are, what they are doing and what they hope to achieve.”