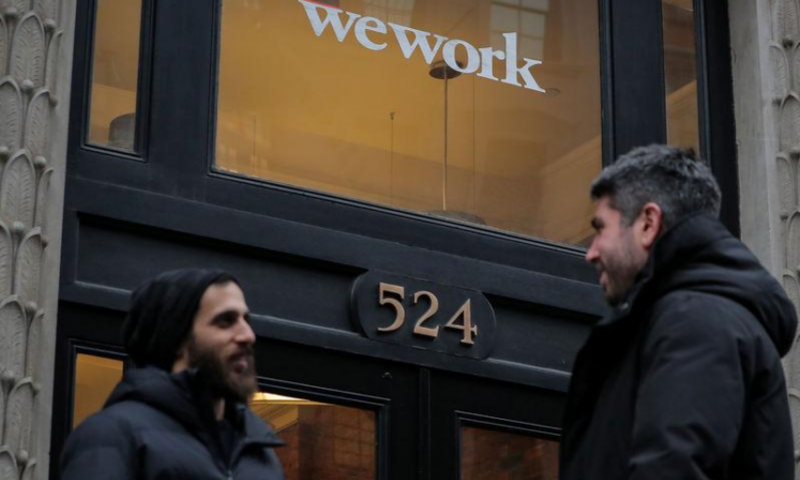 Shared office space manager WeWork Cos is looking to raise $3 billion to $4 billion in debt before it goes public, a person familiar with the matter said on Sunday, a move aimed to fuel investor confidence in the company.

The potential debt offering underscores the extent to which the disappointing public market debuts for Uber Technologies Inc (UBER.N) and Lyft Inc (LYFT.O) prompted other loss-making start-ups with lofty valuations looking to go public to reassess their plans.

Uber and Lyft went public earlier this year with high expectations but both faced criticism from investors about their steep losses and lack of a timetable to reach profitability.

Money-losing WeWork has faced questions about the sustainability of its business model, which is based on short-term revenue agreements and long-term loan liabilities.

A substantial debt offering could allow it to pitch itself to potential investors in a planned initial public offering (IPO) as having sufficient funding to see itself to profitability.

The money raised via the debt offering, which will be separate from funds WeWork would receive in an IPO, could grow as big as $10 billion over the next few years, the source said, cautioning that there is still no certainty the offering will ultimately materialize.

WeWork has met with the chief executives of investment banks Goldman Sachs and JPMorgan Chase & Co to discuss the debt offering, the source said.

Representatives for WeWork, Goldman Sachs and JPMorgan declined to comment.

The Wall Street Journal had earlier reported news of the potential debt offering.

WeWork, which earlier this year was rebranded as the We Company, has filed paperwork for an IPO.

The We Company said in May losses narrowed slightly in the first quarter from a year earlier to $264 million. The company was recently valued at $47 billion in a private fundraising round.

WeWork, which was co-founded in 2010 by CEO Adam Neumann, has helped pioneer “coworking,” or shared desk-space, with a focus on startups, entrepreneurs and freelancers.

To date the New York-based company has raised around $8.4 billion, according to data provider PitchBook.

In January, Japan’s SoftBank boosted its stake in WeWork by $2 billion in a deal that was billions of dollars below what the company had hoped to raise to fund growth and buy out existing shareholders.