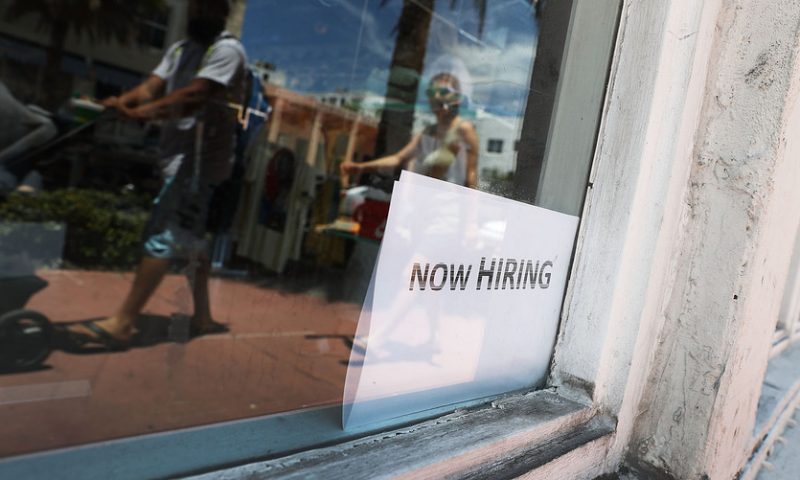 U.S. stocks closed slightly lower Friday, though above session lows, after the monthly government payrolls report estimated the economy added a better-than-expected 224,000 jobs in June, reducing the chances of multiple Federal Reserve rate cuts by the end of the year.

U.S. markets were closed on Thursday for Independence Day.

The trio of equity gauges finished at all-time highs on the same day for the first time since Jan. 26, 2018, according to Dow Jones Market Data.

The U.S. economy created 224,000 new jobs in June, above economists expectations of 170,000 jobs, according to a MarketWatch poll, while the unemployment rate ticked up slightly to 3.7% from 3.6%.

After a lackluster reading of 75,000 jobs created in May, Wall Street anticipated the number of new jobs to bounce back in June, though not as much as reported. The figure may call into question the strongly held belief in futures markets that Federal Reserve will cut interest rates at its July 30-31 meeting.

Before the jobs release, Wall Street, as gauged by CME Group data, was pricing in a near-certain reduction of rates, with the market placing a 25% probability that the Fed will cut rates by 50 basis points, rather than its typical 25, later this month. After the release, the probability of a 50 basis point cut fell to 5.9%, though expectations for a cut of at least a quarter-point remained at 100%.

“I don’t see the Fed changing what they’ll do based on one jobs report,” JJ Kinahan, chief market strategist at TD Ameritrade, told MarketWatch. “The market says the probabilities of a rate cut are 100%. The Fed has been backed into a corner because expectations are so high.”

Kinahan added, however, that the overall strength of the jobs market, as evidenced again by Friday’s report, could cause the Fed to just cut rates once, and then delay the timing of the next cut to get a better sense of the pace of the U.S. economic slowdown.

Also on investors’ radar were ongoing trade negotiations between the U.S. and China. Markets rallied earlier this week on the news that President Trump and Chinese President Xi Jinping had agreed to restart trade negotiation and Chinese purchases of U.S. agricultural products, while the U.S. pledged to not implement new tariffs and to allow U.S. tech companies to sell some goods to Chinese telecom giant Huawei Technologies Inc.

But details as to the exact nature of the reprieve remain lacking, and while there are reports that American negotiators will visit Beijing next week, posturing by both sides has called into question the path forward for an ultimate deal. Beijing has given no details as to the timing and magnitude of agricultural purchases. Also, Chinese Ministry of Commerce Spokesman Gao Feng said Thursday that a deal could only be reached if the U.S. agrees to remove all tariffs, contrary to Washington’s position that some tariffs must remain in place to assure Chinese compliance.

I am “less confident than before that a trade deal will be done since, unlike earlier this year, the interminable U.S. presidential election season has now begun,” wrote Christopher Wood, global head of equity strategy at Jeffries, in a Thursday note to clients.

“This means Trump will have to defend any deal with Beijing against [Democratic] criticism. It also remains the case that the Fed, via its dovish language of late, has enabled Trump’s hard-line on trade,” he added.

Financial stocks got a bid, as bond yields rose following the jobs report. The Financial Sector was among the only S&P 500 sectors showing gains Friday, while Goldman Sachs Group Inc. GS, +0.90% and JPMorgan Chase & Co. JPM, +0.59%were two of the nine Dow components that gained ground.

The SPDR S&P Pharmaceuticals Exchange Traded Fund XPH, -1.60% fell 1.6% after President Trump said he was preparing an executive order that would allow the U.S. to buy drugs based on the lowest price paid by developed countries.

Meanwhile, gold prices GCN19, +0.06% were off 1.5% after booking its highest finish in six years on Tuesday.