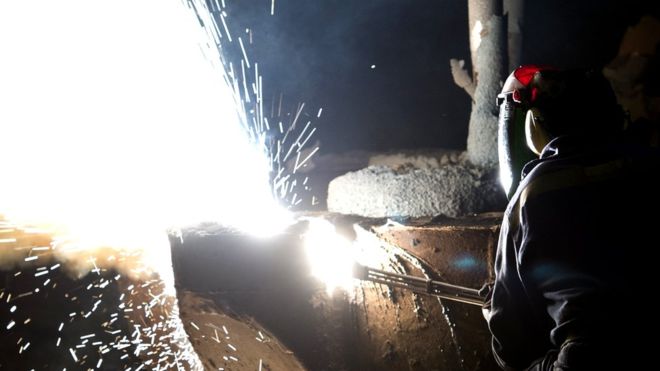 The UK’s productivity puzzle is costing private sector workers an estimated £5,000 a year on average in lost income, a top statistician has said.

Lower output per worker since the financial crisis had translated into “sluggish wage growth”, said Katherine Kent, head of productivity at the Office for National Statistics (ONS).

Her comments came as the ONS published new productivity figures.

It said productivity fell 0.2% year-on-year in the first three months of 2019.

This was the third quarter in a row of negative growth compared with the same period a year earlier.

Productivity – as measured by the amount of work produced per working hour – is the main driver of long-term economic growth and higher living standards.

While the UK economy has recovered from the downturn triggered by the financial crisis, productivity growth has not rebounded.

Economists have struggled to understand why.

Possible explanations for the puzzle include low growth in investment by companies and an increase in the number of jobs in traditionally less productive sectors of the economy, such as food and drinks services.

Ms Kent said this inability to solve the productivity problem had held wages back.

“If productivity had grown in line with its long-term trend, and wages as a share of income had remained constant, average market sector wages would today be just over £5,000 higher in 2018 for the average worker.”

The ONS said productivity in the first quarter of 2019 was 18.5% below its pre-downturn trend.