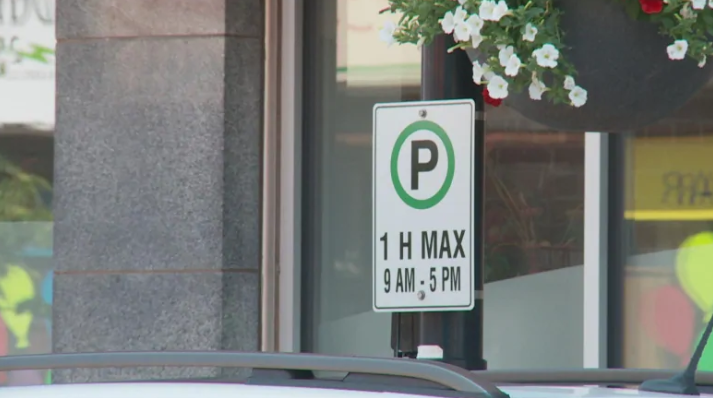 Parking is now restricted to one hour on Water Street

A Summerside business owner is frustrated with new rules around parking on the city’s main downtown street.

Until recently, there was a two-hour parking limit on Water Street — this week, new signs were put up to tell drivers that’s changed to one hour. It’s part of a six-month pilot project the city hopes will improve access to parking in the city’s downtown core.

Sean Aylward, who owns the Humble Barber on Water Street, believes restricting parking to an hour will place unnecessary limits on the time people spend downtown.

“It takes away someone’s ability to really utilize the entire downtown,” Aylward said.

Aylward is also worried about the message it will send to visitors at the height of P.E.I.’s tourism season.

“Now is not the time to tell people that they can only stick around for an hour,” Aylward said.

“If they want to pilot a project, do it to the locals, that’s the market that they’re trying to prevent from stuffing our parking full. Don’t affect the people who are coming here to spend money.”

Downtown Summerside Inc., the group behind the change, said local businesses were notified of the change ahead of time. And that the group didn’t hear from anyone on the timing of the plan.

New tiered parking system
Lydia Potter, executive director of Downtown Summerside Inc., said as part of the new system, people can choose to park in various locations nearby depending on the time they intend to spend downtown.

Potter said even though parking is limited to one hour on Water Street, two hour parking is available a block away, with unrestricted parking less than a five minute walk from the downtown core.

“I think we have to be considerate of one another” she said.

“And that’s part of the big equation here, is saying, ‘You know what, if I parked one block away so that I could spend a longer period of time going through [down]town, I’ve also helped somebody else who needs to make that quick stop.”

An ongoing issue
Norma McColeman said as a councillor, it’s an issue she’s been hearing about since 2000.

“The biggest thing that we’re running into is some people park their cars there all day,” said McColeman. She said employees working at businesses in the area will leave their workplace every two hours to shift to a different spot.

“But what happens is people who want to come down to do their errands can’t find parking spots. It’s also something that we hear from visitors and tourists.”

‘If we don’t try, how are we going to know?’
She said once the six-month pilot project ends council will decide whether this, or another route, is the best way to address ongoing parking problems in the city’s downtown core.

“If we don’t try, how are we going to know?” McColeman said. She said she’s hoping residents, visitors, and tourists alike will approach the new system with an open mind.

“We don’t like change. We want to keep it status quo,” McColeman said.

“And I think this is something that we may see the fruit of it if we work together and we row on the same team and possibly at the end of six months, what isn’t working, what needs to be tweaked, we will all look at that. But let’s work in collaboration.”