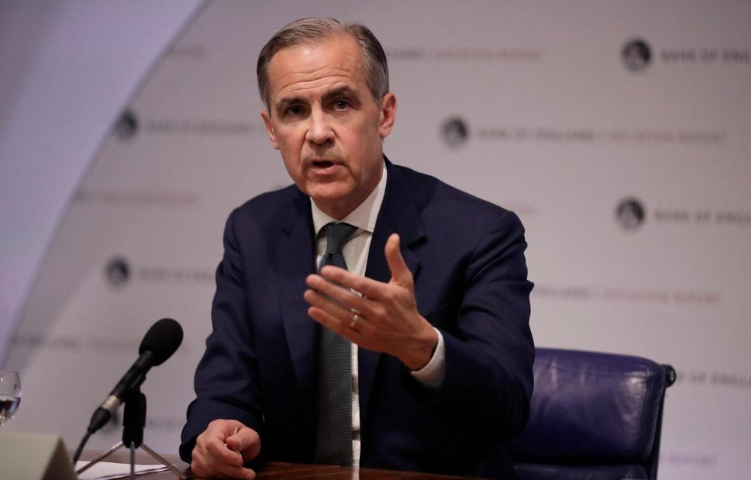 Bank of England Governor Mark Carney has warned that the British economy could be slowing down by more than anticipated in the wake of mounting Brexit uncertainties and intensified trade tensions.

“Reflecting the more febrile atmosphere, a trade war has shot to the top of the risks most worrying investors and measures of global economic policy uncertainty have reached record highs,” he said.

Though some of those tensions were eased over the weekend when U.S. President Donald Trump and his Chinese counterpart, Xi Jinping, agreed to resume trade negotiations, Carney said it would be wise for investors not to get too carried away.

“Progress today is no guarantee of progress tomorrow,” he said.

Carney, who is set to leave the bank at the end of January after seven years at the helm, said the British economy is having to cope with all these trade tensions at a time of acute uncertainty over the country’s departure from the European Union.

Britain was originally set to leave the EU on March 29 but because of the British Parliament’s failure to back the deal that May agreed with the EU, it has been granted an extension until Oct. 31. Jeremy Hunt and Boris Johnson, who are fighting it out to replace Theresa May as leader of the Conservative Party and to become the next prime minister, have indicated that they’d be prepared to back a “no-deal” Brexit on that date if no revised agreement with the EU is struck.

Most economists think such an outcome will lead to a deep recession in Britain as tariffs and other restrictions to trade are imposed. Carney said markets now think the betting odds for a no-deal Brexit has risen to one-in-three.

“Recent data also raise the possibility that the negative spillovers to the U.K. from a weaker world economy are increasing and the drag from Brexit uncertainties on underlying growth here could be intensifying,” he said. “The latest surveys point to no growth in U.K. output.

In the first quarter of the year, the British economy grew by 0.5% from the previous three-month period, though that was largely due to companies bringing forward production to build stocks before the original Brexit date.

“Growth in the second quarter will be considerably weaker, in part due to the absence of that stock building effect and Brexit-related, temporary shutdowns by several major car manufacturers,” Carney said. “Looking across the first half of the year, in my view, underlying growth in the U.K. is currently running below its potential.”