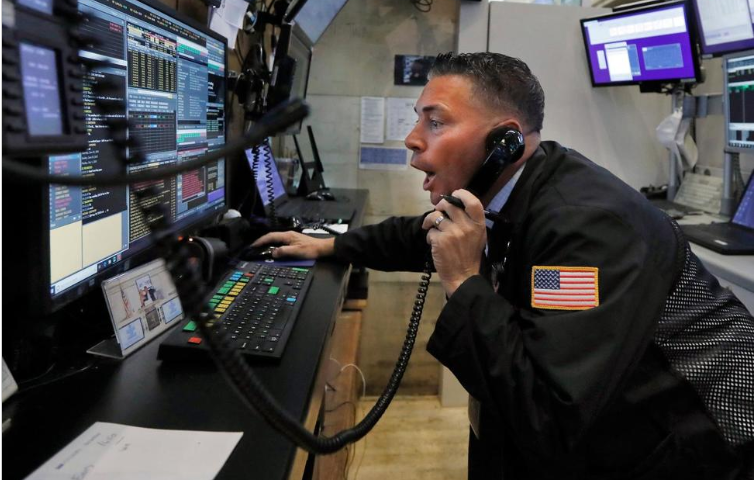 Wall Street kicked off July with a record high for S&P 500 index after a cease-fire in the U.S. trade war with China put Wall Street in a buying mood.

Wall Street kicked off July with a record high for S&P 500 index after a cease-fire in the U.S. trade war with China put investors in a buying mood.

The milestone marks the second time in less than two weeks that the benchmark index closed at a record high. The S&P 500 is now up 18.3% for the year.

The broad rally came after the world’s two biggest economies agreed over the weekend to resume negotiations. The truce, which involves the U.S. holding off on imposing new tariffs on $300 billion in Chinese goods, gave financial markets reason to breathe a little easier.

The new tariffs would have come on top of existing tariffs that remain in place. Investors have been worried the fallout from the tariffs could hurt global economic growth and corporate profits. Those concerns prompted the Federal Reserve last month to declare its willingness to cut interest rates if the dispute hurts the U.S. economy.

“It’s really a de-escalation of the tough talk we’ve heard from both sides on tariffs,” said Jeff Zipper, managing director at U.S. Bank Private Wealth Management. “It’s basically kicking the can down the road with some more optimism that a deal is going to get done and negotiations are going to continue.”

The truce between the U.S. and China, along with some upbeat economic data, also helped push global shares higher.

Presidents Donald Trump and Xi Jinping hit the reset button in their trade negotiations over the weekend at the Group of 20 meeting in Osaka, Japan. On Saturday, Trump said the U.S. would hold off for the “time being” plans to impose new tariffs on $300 billion in Chinese goods.

The move still leaves 25% import taxes imposed by the U.S. on $250 billon of Chinese imports in place, however. And China maintains the tariffs it placed on $110 billion in American goods, primarily agricultural products.

Trump also said he would allow U.S. companies to sell some components to Chinese telecommunications giant Huawei, which last month was placed on an American blacklist as a threat to national security.

Wall Street’s gains in the first half of the year were marked by months of volatile trading as investors rode the ups and downs of the trade war. That volatility is unlikely to fade as the U.S. and China head into yet another round of trade talks.

The market also had a bounce back in December when both sides agreed to more talks and negotiations seemed on track. That rally quickly faded as investors complained the agreement didn’t resolve the core issues in the dispute.

The key difference this time around is the Federal Reserve. In December, the Fed spooked investors by raising interest rates for the seventh time in two years. Now, the central bank has said it is willing to cut rates in order to shore up the U.S. economy if the trade war crimps growth in what is now the longest economic expansion in U.S. history.

“The Federal Reserve is key here,” Zipper said. “You’re going to need the Fed to follow through on these rate cuts for the market to go higher.”

Technology stocks and banks accounted for much of the gains Monday as traders turned their backs on more defensive holdings, pushing bond and gold prices lower. Utilities and real estate stocks lagged the market in another sign that Wall Street had a bigger appetite for risk.

Chipmakers rallied on plans by the U.S. to loosen some restrictions on sales to Huawei. Broadcom climbed 4.3% and Micron Technology gained 3.9%. Technology giants Apple and Microsoft also rose.

Among financial services companies, Bank of America rose 1.4% and JPMorgan Chase gained 1.7%. Consumer product makers and other consumer companies also rose. Many of those companies, including Nike, have much to gain or lose in the ongoing trade dispute.

US Manufacturing Growth Slows in June for 3rd Straight Month