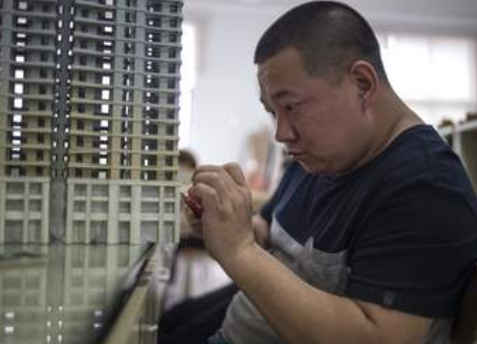 BEIJING–Activity in China’s manufacturing sector cooled in June moving into contraction territory, according to a private gauge, as trade tensions with the U.S. led to further declines in orders and production.

The Caixin China manufacturing purchasing managers’ index fell to 49.4 in June from 50.2 in May, Caixin Media Co. and research firm Markit said on Monday.

The reading was below the critical 50.0 threshold for the first time in four months. The 50.0 threshold separates an expansion in manufacturing activity from a contraction.

Subindex of total new orders slid into contractionary territory in June, pointing to notable shrinking domestic demand. New export orders also fell below 50, but was better than the export recession seen from last April to December, Caixin said, adding that front-loading by exporters was likely to support this gauge.

China’s official manufacturing PMI remained unchanged at 49.4 in June, according to data released by the National Bureau of Statistics on Sunday.

The Caixin China Manufacturing PMI is based on data compiled from monthly replies to questionnaires sent to purchasing executives at more than 500 manufacturing companies.

Fearful of another recession, Americans are losing sleep over their finances