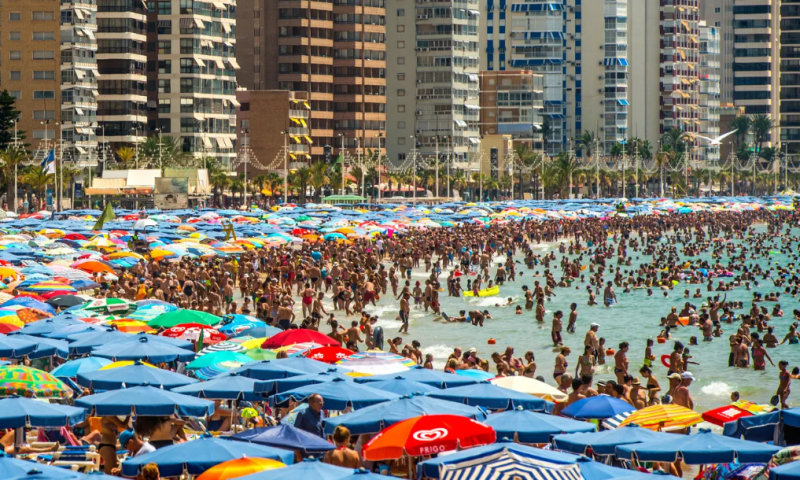 The holiday trade has been relying on its top destination amid crises over Brexit and Boeing. And more challenges lie ahead

It’s that time again, heatwave or not. As bound by instinct as the migratory swallow, the summering Briton is still most likely to sniff the air, contemplate the costs, and book a week in Spain regardless. The package holiday remains the dominant form of summer travel, albeit now booked online and personalised. And the Spanish beaches and islands are still the holidaymakers’ favourite destination. But new factors are coming into play that have started to shape our holiday choices – ones whose impact may yet grow.

For aviation and tourism, as much as any industry, the B-word has been an expensive preoccupation and alarming spectre. The worst no-deal scenarios – flights grounded or new visa rules – were only formally averted at the last minute. Concerns remain about the free movement of holiday firms’ workers, and the wellbeing of British holidaymakers abroad, from health insurance to passport queues.

Mark Tanzer, chief executive of the travel-trade organisation Abta, says: “Brexit definitely had a drag effect on summer bookings up until the 29 March deadline moved – despite the arrangements we had in place, people were nervous.” Overall, the impact on bookings as reported by airlines appears to be negligible, with jaded Britons perhaps feeling more in need of a holiday than ever.

But sterling has fallen by almost 15% against the euro since Britain voted to leave the EU – a pound is now worth €1.12, compared to €1.30 before June 2016. A no-deal Brexit, and likely further fall in sterling, would make foreign holidays more expensive again. Data from Visit Britain data does not show any growth in “staycations”, although outbound travel dipped in 2018. So did inbound, falling by 3% to 37.9 million visitors despite the lure of a cheap pound – a statistic that some in tourism suggest means Britain has alienated EU visitors, the majority of the market.

Bargains from overcapacity?
The silver lining for those paid in pounds has been cheap fares. Big European airline groups such as easyJet, IAG, Ryanair and Lufthansa have seen profits slump on the back of what they have described as weak yields from overcapacity. In other words, fares are low because there are too many airlines offering too many seats. That could alter when minnows go bust, and consolidation returns prices to normal levels.

However, a different reading has been put forward by analyst Andrew Lobbenberg of HSBC, who notes that capacity growth has actually slowed – and supply has also been tightened by the grounding of Boeing’s 737 Max, operated by Tui and Norwegian, among others. In Lobbenberg’s view, the problem is a sudden drop in consumer demand – mainly a result of economic worries and fragile consumer confidence, but also environmental concerns.

Overseas visitors
The visitors are becoming the visited, with a new global middle class of rich Asians joining what was once mainly the preserve of Americans and Europeans: good, perhaps, for our inbound tourist economy, less so for holidaymakers competing for a sunbed, Instagrammable beauty spot or holiday let. Eurostar has now started to see weeks where more Asian and American visitors are booked on their Channel tunnel services than French people.

Residents of European cities such as Venice, Barcelona and even Amsterdam, who have long experienced a summer tourist takeover, appear to be reaching breaking point. A backlash against Airbnb holiday lets has resulted in mayors of 10 European cities asking the EU to intervene and legislate.

Terror and instability
This year, inviting passengers to board a Boeing 737 Max might well spark more panic than warning of possible terrorist dangers at the destination. Growing numbers are returning to Tunisia and Egypt – the scenes of shootings and the Metrojet airliner bombing in 2015, but destinations that offer cheaper luxury hotels and longer seasons of sun. Sharm el-Sheikh, however, once the most popular Red Sea resort, remains off limits to UK aircraft.

Eurostar now believes that the memories of the Paris and London attacks are no longer deterring travel. Its chief executive, Mike Cooper, says: “Terrorism in 2015-16 saw a significant dampening in demand, but it’s come back.” Industrial action by French border staff has had a worse effect on customer numbers, he says.

Terrorism in north Africa and political turmoil in Turkey saw a number of carriers reallocate fleets to the western Mediterranean last year, further fuelling the holiday rush, but pushing up accommodation prices. Travellers are now looking at Turkey again, and Bulgaria – a growing destination outside the eurozone and significantly cheaper.

Green concerns
According to Abta research, a growing minority of holidaymakers claim that they would choose one travel company over another for its environmental credentials: 36% in 2018, from 23% in 2014. A series of announcements from companies – even ones as unlikely as Ryanair – have committed to phasing out single-use plastics. Sustainable travel has become a mainstream concern, and the number of smaller companies pledging ethical tourism has grown.

How deep the industry’s commitment can be is moot, given that leisure travel accounts for 80% of all UK flights. But Tanzer of Abta argues: “We’ve been aware of the environmental impacts for a while. But we think that travel is a good thing – not just for profits. Customers are more aware and questioning, which is right and good, and we have to help them travel sustainably.”

That could mean train travel, for those with the time. When Eurostar ran its first direct service to Amsterdam last year, says Cooper, it carried “754 people who travelled point-to-point on a train using increasingly green electricity. It would have taken four to five planeloads.”

Yet travellers are easily put off. Ticket sales are strong – but far lower in the other direction, the return from Amsterdam to London, which include a forced stop in Brussels for border and immigration reasons. Long-distance rail prices can often exceed plane fares to Europe, and while plane refuseniks appear to be a growing minority, overall air passenger numbers keep growing. More fuel-efficient aircraft have also created long-haul mass market holidays to cheaper destinations. Fewer than 20,000 UK holidaymakers went to Mexico 25 years ago; last year, 677,000 went there.