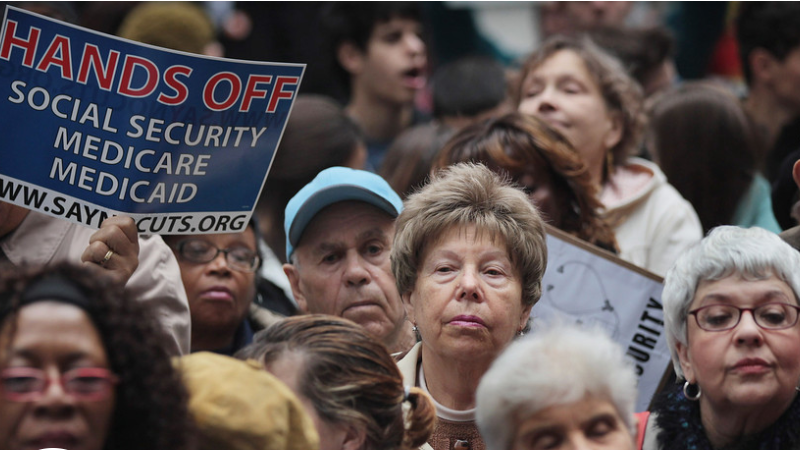 If you can afford to wait a few years, you get a lot more

The numbers are getting worse.

Social Security checks could be cut 23% by fiscal year 2034—14 years from now—unless steps are taken to shore up the program.

That’s according to the latest report from the venerable program’s trustees, including lead trustee—and Treasury Secretary—Steven Mnuchin. Last year, the forecast was a 21% cut by 2034.

We’re at a tipping point. The report says that starting in fiscal year 2020—which begins Oct. 1—the Social Security Trust Funds (which also includes the Disability Insurance Trust Fund) will spend more than then it takes in, something that hasn’t happened since 1982. The cash burn will accelerate until reserves are depleted in 2034—and that’s when checks start getting smaller.

Funding your retirement is often compared with a three-legged stool. One leg is Social Security. Another is pensions, and the third is personal savings. But this is really a farce. Half of all private sector workers, for example, have no private pension coverage, and 36% of workers report that they and/or their spouse have not personally saved any money for retirement.

A deeper dive shows how perilous this is for older Americans. Even among households that are in their 60s, median retirement savings, says a study by Synchrony Bank, is $172,000. Median means half have less than that. Using the 4% rule—financial advisers generally say you can withdraw about 4% of your assets each year—this implies about $6,880 in annual income. How far will that get you?

So if Americans had these things—pensions and personal savings, possible cuts to Social Security would be a mere nuisance, rather than an outright threat. But that’s not the case.

And keep in mind that Social Security isn’t much to begin with. Last year it paid out nearly $989 billion to some 63 million beneficiaries. That works out to $1,308 per person, a month. Remember, Social Security is meant to be a supplement for retirees, but given the above data, it’s clear that for millions of Americans, it’s all they have. Among elderly Social Security beneficiaries, 21% of married couples rely on it for 90% or more of their income. The problem is even worse for unmarried retirees: 44% depend on it for 90% or more of their income. So warnings that these payouts could be slashed in the not-too-distant future is a very big deal.

So a year has passed and the situation has deteriorated. You might think this is no big deal because 2034, that’s a long way off, right? They’ll (Congress) fix it by then, right? Perhaps, but we are talking about Congress here—need I say more?

This is a problem that is easy, in theory, to solve. We know what the fixes are. But in reality it’s difficult for this reason: politicians don’t like inflicting pain upon voters. But that is what is going to have to happen one way or another. Social Security can be bolstered through tax hikes, benefit cuts, or a higher Social Security retirement age—or some combination of all three. So pick your poison(s).

Meantime, if you’re one of the millions of Americans who doesn’t have enough saved, you’re probably aware of this terrible Catch-22. But it’s worth mentioning again. If you want to start receiving Social Security as soon as you can because you need the money, you can do so at 62. But your monthly checks will be smaller. If you can afford to wait a few years, you get more—a lot more. Here’s what the Social Security Administration says:

• If you begin taking Social Security at age 62, you’ll get 70% of the monthly benefit—because you retired five years before your full retirement age.

• If you begin taking Social Security at age 65, you’ll get 86.7% of the monthly benefit—because you retired two years before your full retirement age.

• If you wait until age 67—the full retirement age—you’ll get 100% of the monthly benefit.

Does it pay to wait? Consider this: If you hold off on collecting, your payout will grow by approximately 8% a year until age 70. So if you can wait until that age to claim benefits you could theoretically earn up to 76% more a month than the someone who claims as early as possible, which is age 62. In other words, if you really need or want the money, you’ll get less, but you’ll get it earlier. If you really don’t need the money, you’ll get more, but get it later. Too bad it can’t be the other way around.