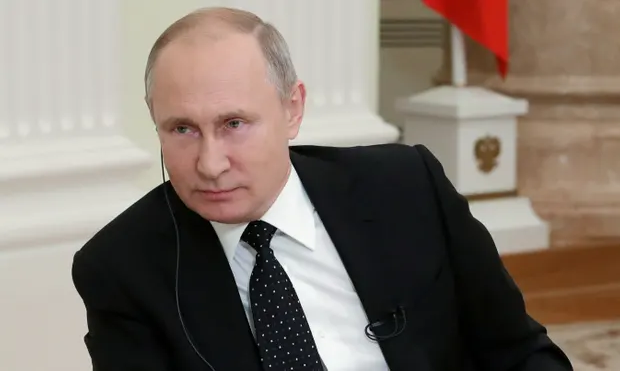 Vladimir Putin has said ahead of his meeting with Theresa May at the G20 summit in Japan that relations between Britain and Russia should not suffer because of last year’s nerve agent attack on the former spy Sergei Skripal and his daughter Yulia.

The Russian president also used the interview with the Financial Times to claim that the election of Donald Trump as US president and the rise of nationalist-populist movements in Europe signaled the death of liberal policies in the west.

“[Liberals] cannot simply dictate anything to anyone just like they have been attempting to do over the recent decades,” he said. “The liberal idea has become obsolete. It has come into conflict with the interests of the overwhelming majority of the population.”

The claims brought a short response from European council president Donald Tusk at the G20 summit in Osaka on Friday.

“I strongly disagree with the main argument that liberalism is obsolete. Whoever claims that liberal democracy is obsolete, also claims that freedoms are obsolete, that the rule of law is obsolete and that human rights are obsolete,” he said. “For us in Europe, these are and will remain essential and vibrant values. What I find really obsolete are: authoritarianism, personality cults, the rule of oligarchs. Even if sometimes they may seem effective.”

On the Skripals, Putin told the FT in an interview at the Kremlin that: “All this fuss about spies and counterspies is not worth interstate relations. This spy story, as we say here, is not worth 5 kopecks.

“I think Russia and UK are both interested in fully restoring our relations – at least I hope a few preliminary steps will be taken.”

Bilateral ties between Britain and Russia plummeted to a post-Cold War low last year when London accused Moscow of the poisoning of the Skripals in Salisbury.

The Kremlin denies sending GRU military intelligence agents to Britain to carry out the attack, which triggered scores of diplomatic expulsions between Moscow and western countries.

The G20 summit takes place in Osaka on Friday and Saturday. May’s spokesman has said she will use the meeting with Putin to ensure that Britain’s stance on “Russia’s wider pattern of malign behaviour” has been fully grasped by the Kremlin.

Putin described German chancellor Angela Merkel’s decision to allow more than a million refugees – most of whom were fleeing the war in Syria – into Germany as a “cardinal mistake”.

In contrast, he was full of praise for Trump’s attempts to prevent migrants from entering the US from Mexico. “This liberal idea presupposes that nothing needs to be done. That migrants can kill, plunder and rape with impunity because their rights as migrants have to be protected.”

Putin also tried to defend Russia’s record on LGBT+ rights. “I am not trying to insult anyone because we have been condemned for our alleged homophobia. But we have no problem with LGBT persons. God forbid, let them live as they wish,” Putin said. “But some things do appear excessive to us. They claim now that children can play five or six gender roles.”

Moscow has been criticised internationally for its so-called anti-gay propaganda law, which bars the promotion of “non-traditional sexual relations” to children. Human rights groups say the law, which Putin approved in 2013, has sparked a spike in homophobic violence. A UN panel ruled last year that the law was in violation of a legally binding international treaty on human rights.

What is the G20 summit, and what do world leaders talk about?