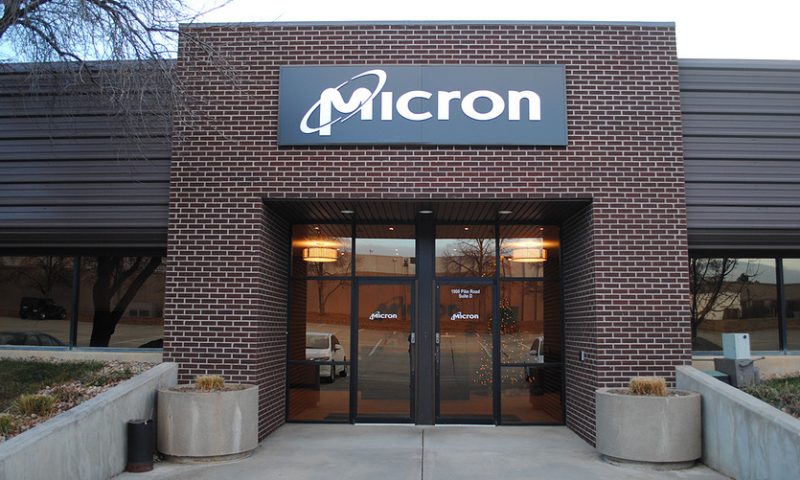 Micron Technology Inc. shares are headed for their best day in seven and a half years after the chipmaker posted a better-than-feared earnings report, but some analysts aren’t ready to cheer a recovery.

The company is “not in the clear yet,” wrote Cowen & Co.’s Karl Ackerman, even though Micron MU, +13.34%  hinted that demand conditions were improvingand spoke of an ability to still sell some products to Huawei Technologies Co. “We want to be positive, but we also think these silver linings are equally offset by the further build-up of inventory,” Ackerman said.

Micron now has inventories of 146 days, which is “uncharted territory” for the company, according to Ackerman, representing an increase of 48 days from a year earlier.

“With an estimated ~70% of inventory in die bank form, it appears to us that actual inventory dollars for those bits are understated by ~20% for final test and packaging costs,” he wrote. “Thus, the stockpile of memory bits seems understated, and demand equilibrium still seems like a pipe dream for C2019 if we assume only seasonal demand growth for both CQ3 and CQ4.”

Piper Jaffray’s Harsh Kumar also stayed on the sidelines following the report, writing that the NAND and DRAM pricing pressure experienced in the latest quarter could persist for several more periods amid issues of oversupply. “Given the ASP pressure, lower fiscal 2020 capital expenditures, and supply-demand imbalance, we tend to believe broader demand may be more tempered than previously expected,” he wrote in a note to clients.

Kumar is concerned as well by the company’s inventory levels and expects quarterly earnings per share below $1 on a quarterly basis for “the next few quarters.” He rates the stock at neutral with a $36 target.

He rates the stock at underperform with a $28 target price.

Other analysts were more upbeat, including Needham’s Rajvindra Gill, who upgraded the stock to buy from hold. “Book value has stabilized and will increase, by our estimate, because unlike in past years, Micron is no longer generating losses or burning cash,” he wrote. “While Micron still sees excess DRAM supply, it also sees signs of improvement in bit demand in most DRAM end-markets, esp. cloud, graphics, and PC.”

At least four analysts lowered their price targets on Micron’s stock after the report, according to FactSet, and the average target is $44.93, 23% above current levels. Of the 33 analysts tracked by FactSet who cover the stock, 19 have buy ratings, 10 have hold ratings, and four have sell ratings.

Shocker: The S&P 500 is underperforming the stock market