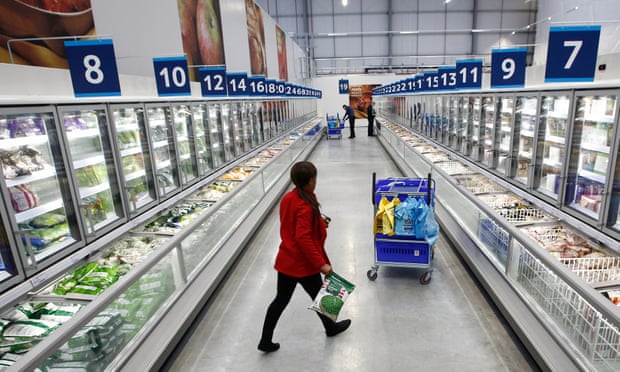 Supermarket freezer aisles could soon help power the National Grid after trials found that hundreds of thousands of fridges could provide a nationwide “virtual battery”.

The trials were undertaken by Tesco along with researchers at the University of Lincoln in a mocked-up supermarket, built to test whether fridges can help to balance the energy system.

Researchers found that complex algorithms, developed by the software firm IMS Evolve, can temporarily cut the electricity supply to fridges when needed while still keeping the food cold.

These mini power cuts to the freezers could automatically create short pulses of extra electricity on the grid to match any dips in the grid’s energy frequency.

The system operator already pays firms that own utility-scale batteries to provide this service but the trial indicates that retailers can also play a role, while at the same time reducing their carbon footprints.

Prof Simon Pearson, of the University of Lincoln, said: “Cold food is, in fact, the UK’s largest battery. There is sufficient ‘cold energy’ in the food to keep a refrigerator cold if the system reduces power for short periods to help offset power shortages on the National Grid.”

Every industrial fridge is turned off at least once a day as part of a standard defrost cycle to remove ice buildups in the system.

“Our work effectively replicates a defrost cycle but matches the timing of the cycle to the power availability on the National Grid,” he said.

If Tesco harnessed all its fridges across the UK it could create a virtual battery of between 25MW to 50MW, Pearson said. This is on a par with the batteries that are attracting interest from major energy companies.

The UK has hundreds of thousands of energy-hungry commercial refrigeration systems, which make up about 12% of the UK’s carbon emissions. For the typical retailer, energy bills can make up around a third of costs.

Edward Porter, a developer at IMS Evolve, said developing software that can integrate refrigeration units into the energy system could help retailers save money while helping the UK meet its net-zero carbon target by 2050.

“We’re showing that technology can provide the capacity and flexibility to operate a nationwide electricity system in a far smarter way,” he said. The trials by Tesco and the University of Lincoln are continuing.