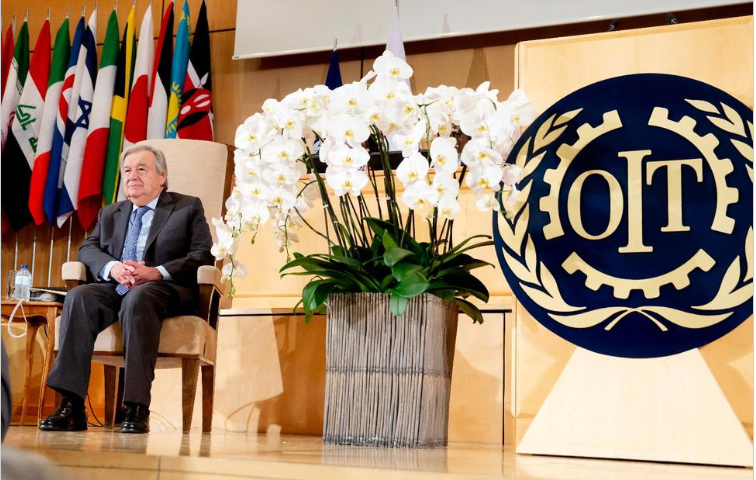 The U.N.’s labor agency has adopted its first convention specifically aimed to reduce violence and harassment in the workplace, with its chief crediting a recent boost from the #MeToo movement.

GENEVA — THE U.N.’s labor agency has adopted its first convention specifically aimed at reducing violence and harassment in the workplace, with its chief crediting a recent boost from the #MeToo movement.

Delegates exchanged hugs, applauded and whooped in a U.N. conference hall after the International Labor Organization overwhelmingly passed the resolution, which has been some four years in the making.

The ILO Convention on Violence and Harassment was adopted 439-7 with 30 abstentions, a landmark achievement of the ILO’s centennial assembly that ended Friday. The agency unites businesses, labor groups and 187 member states.

ILO director-General Guy Ryder hailed a “most important moment” and said #MeToo had accentuated the “momentum and significance” of the push to adopt the convention.

“The new standards recognize the right of everyone to a world of work free from violence and harassment,” he said.

Ryder said the convention would “make a difference in working life,” and noted that women are far more affected by harassment and violence in the workplace than men.

Delegates turned back efforts to include language in defense of LGBT people in the accord, with Ryder calling it a “contentious” issue.

The Convention will now go to states that will decide whether to ratify it.

The agency counts 187 member states plus employer and labor groups in its “tripartite” structure.