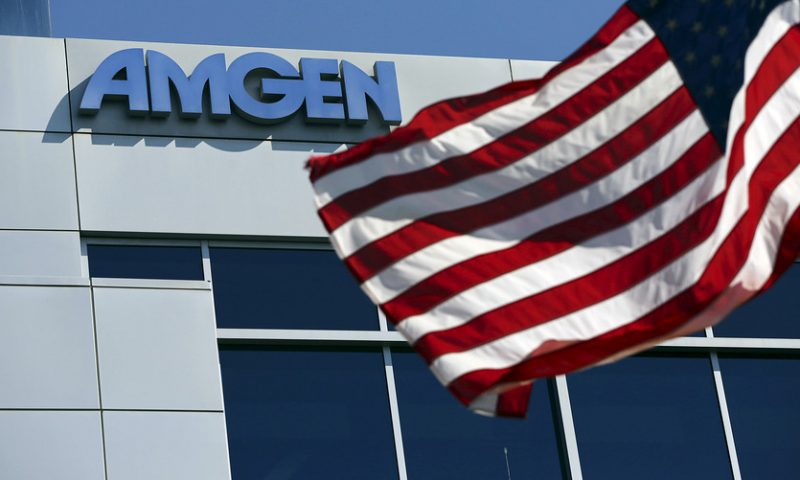 Health-care reform is coming, UBS analysts say, and it could have severe consequences for certain health companies.

There are several possible scenarios for reform, analysts wrote in a 115-page report sent to clients Wednesday. But there’s one that would be particularly bad for health stocks.

“The true worst case for biotech and pharma stocks would include any outcome where the Trump administration manages to implement something that is closely based on its current IPI model,” analysts wrote, referring to a proposal that would tether what Medicare Part B pays for drugs to an international pricing index or benchmark. Medicare Part B covers drugs administered to patients in doctors’ offices and hospitals.

President Donald Trump has complained that other wealthy countries pay far less for the same drugs than the U.S. He’s pushed the idea of an international pricing index in order to lower Medicare costs. But that would be a tough sell for health companies and their investors, UBS analysts said.

“It’s the one proposal that would directly impact the industry’s ability to maintain control of its pricing power, a key investment theme for many investors,” they wrote. All biopharma companies would likely take a hit, they said, and companies for which Medicare payments make up a large proportion of their total U.S. sales would get hit hardest, such as Amgen Inc. AMGN, +0.64%  , Regeneron Pharamceuticals Inc. REGN, +1.37%  , UCB S.A. UCB, +1.01%  , Roche Holding AGRHHBY, +1.12%  and Ipsen IPSEY, +1.03%  . Last year, a whopping 40% of Regeron’s sales and 15% of Amgen’s sales came from Medicare Part B, according to data compiled by UBS. UBC, Roche and Ipsen’s Medicare Part B sales made up 6%, 11% and 8% of total sales, respectively.

The analysts told clients they weren’t sure what heath-reform package might emerge in the fall, but they did lay out their best guess: A proposal, buoyed by bipartisan support, that would reform Medicare Part D — the part of the Medicare program that covers outpatient prescription drugs — but would not implement international reference pricing.

Medicare Part D drug plans have several phases that patients move through depending on how much they spend on drugs. At one point, patients enter a phase called the “coverage gap” or “doughnut hole.” This happens after a patient’s drug costs exceed a certain amount in a year ($3,820 in 2019) and the patient must then pay 25% of the price of brand-name drugs out of pocket. When the patient reaches $5,100 in out-of-pocket costs, they enter the “catastrophic” portion of their coverage, where they pay 5% of their drug costs.

But even 5% can be a big burden, depending on the drugs needed. In May, the House Ways and Means Committee unveiled draft legislation that would shift the risk of catastrophic coverage from patients and the federal government — which covers 80% of catastrophic-stage drug costs — to health plans and manufacturers. The committee proposed several things: Capping the amount patients in the catastrophic phase would need to pay out of pocket; basing out-of-pocket calculations on net prices instead of list prices; and gradually bringing down the federal government’s portion of catastrophic drug costs to 20%.

“This [would create] specific stock impacts within the drug and biotech sector,” UBS analysts wrote. Patients would presumably consume more prescription drugs thanks to the lower cost, drug companies would have to offer higher discounts and discounts would end up shifting from the doughnut hole into the catastrophic stage of coverage, they predicted.

That would not be good for companies currently selling expensive drugs in the catastrophic phase, like Incyte Corp. INCY, +0.70%  , Bristol-Myers Squibb Co.BMY, +1.72% , Celgene Corp. CELG, +0.70% and Gilead Sciences Inc.GILD, +0.09%  , the analysts said, as those drugmakers would see a rise in discounts.

Ultimately, the best-case scenario for all health companies would be one where no changes took place at all, UBS analysts wrote, adding that political gridlock or a proposal resembling the current status quo would lead to a “relief rally” in biopharma and managed-care stocks. Health stocks have trailed the S&P 500 SPX, +0.30%  significantly so far this year, with the Health Care Select Sector SPDR Fund rising 7.8% compared with the S&P 500’s gain of 16.7%.

As for the possibility of a “Medicare for all” plan, UBS doesn’t seem to think that too likely, noting that “the political barriers to that outcome appear very high.” However, investors should expect drug stocks to perform “very poorly” if markets begin to think the plan is politically achievable, analysts wrote.