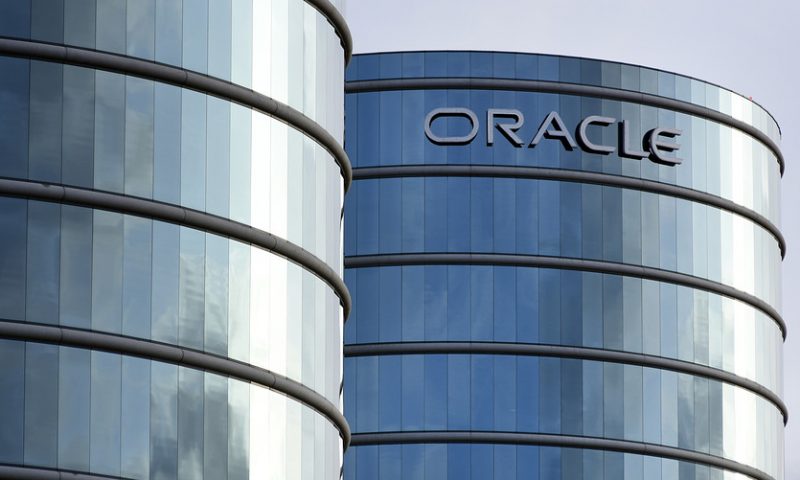 On the conference call, Co-Chief Executive Safra Catz said she expects currency headwinds to have a 1% negative effect on revenue and cut earnings by a penny a share for the fiscal first quarter. Given the headwinds, Catz forecast first-quarter earnings of 80 cents to 82 cents a share on flat to 2% revenue growth, or revenue of $9.2 billion to $9.39 billion. Analysts expect first-quarter earnings of 80 cents a share on revenue of $9.33 billion.

Catz said she expects fiscal 2020 revenue to grow “faster” than in the previous year and projected “double-digit” earnings-per-share growth. For the year, analysts estimated adjusted earnings to rise 7.6% to $3.79 a share on revenue of $41.15 billion, according to FactSet.

The company reported fiscal fourth-quarter net income of $3.74 billion, or $1.07 a share, compared with $3.28 billion, or 79 cents a share, in the year-ago period. Oracle reported that fiscal fourth-quarter revenue rose to $11.14 billion from $11.01 billion in the year-ago quarter. Analysts surveyed by FactSet had forecast adjusted earnings of $1.07 a share on revenue of $10.93 billion.

At the end of the fourth quarter, the company had 3.5 billion shares outstanding. Catz said Oracle bought back 734 million shares of stock for the year for $36 billion, for an average of about $49 a share.

Slack sets reference price at $26 a share for public debut