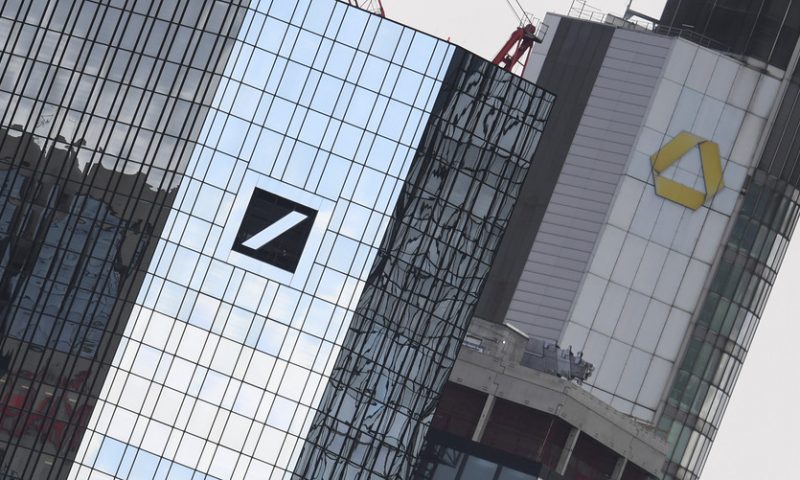 European markets were unusually calm Monday as investors contemplated whether central banks would save them from the impacts of the continuing U.S.-China trade battle.

U.S. Commerce Secretary Wilbur Ross played down the prospect of a China-U.S. trade deal emerging from the G-20 summit in Japan if U.S. President Donald Trump and Chinese President Xi Jinping ultimately do hold talks. Ross said the “most that might come” is new ground rules for the negotiations or possibly a schedule of future discussions.

Investors will be watching and positioning themselves ahead of a busy week for central bank meetings, as some fear trade tensions are nudging the global economy toward recession. Others, however, are skeptical that the U.S. Federal Reserve will cut its policy rate Wednesday, as unemployment is at record lows and inflation is running close to the Fed’s target.

“Investors need to be asking themselves what the Fed is seeing that they are not, especially as the last two-rate cutting cycles from the American central bank initially brought holders of U.S. equities absolutely no joy at all,” said Russ Mould, investment director for AJ Bell.

The Bank of England and the Bank of Japan are also set to hold meetings.

Deutsche Bank AG DBK, +2.07%  shares rose after a report in the Financial Times that the beleaguered lender is moving to set up a ‘bad bank’ holding up to €50 billion worth of poorly performing assets such as certain derivatives. The bank is expected to restructure its trading operations, shrinking or closing them outside continental Europe. Shares moved up 2%.

Deutsche Lufthansa AG LHA, -11.11%  slashed its projections for 2019, citing overcapacity and stiff competition in the air travel market. Its shares plunged 11.4%, and affected sentiment among other companies in the sector. EasyJet PLCEZJ, -5.30%  sank 5.2% while Ryanair Holdings PLC RY4C, -5.94%  declined 4.2%.

Royal Mail PLC RMG, +2.73%  ticked upward by 2.4% after Bernstein analysts upgraded its shares to outperform and highlighted the strength of its European parcels business, GLS. Shares over the past 52 weeks have cratered 59.2%.

Blackout leaves tens of millions in South America without power

Pfizer to Buy Array BioPharma in Deal Worth $11.4 Billion