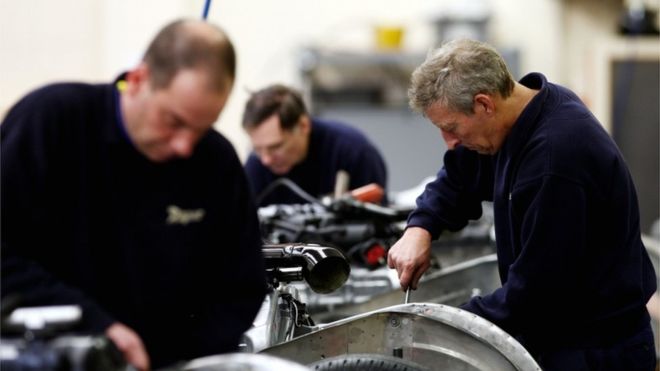 Brexit worries will see business investment contract faster this year and recover more slowly next year than was previously thought, a report says.

The British Chambers of Commerce (BCC) says firms are putting resources into contingency plans, such as stockpiling, in a way that is “not sustainable”.

It says companies should be investing in measures aimed at economic growth.

The BCC growth forecast for 2019 was slightly upgraded, driven by the “rapid” stock-piling earlier this year.

The BCC said continued Brexit uncertainty, including the growing possibility of a no-deal, was expected to “suffocate” investment activity in the short term.

“Businesses are putting resources into contingency plans, such as stockpiling, rather than investing in ventures that would positively contribute to long-term economic growth,” it said.

The new BCC growth forecasts assume that the UK avoids a “messy and disorderly” exit from the EU.

“The revisions to our forecast suggest that the UK economy is likely to remain on a disappointingly subdued growth path for some time to come,” said BCC head of economics Suren Thiru.

“The downward pressure on business activity and investment intentions from the unwinding of stocks is likely to be exacerbated by increasing cost pressures and Brexit uncertainty, slowing overall economic growth across the forecast period.

“The deteriorating outlook for business investment is a key concern as it limits the UK’s productivity potential and long-term growth prospects.”

And he warned leaving the EU on 31 October without a deal or transition period remained the main risk to the UK’s economic future.

“The disruption caused would increase the likelihood of the UK’s weak growth trajectory translating into a more pronounced deterioration in economic conditions,” he said.

India is hitting the United States with more tariffs