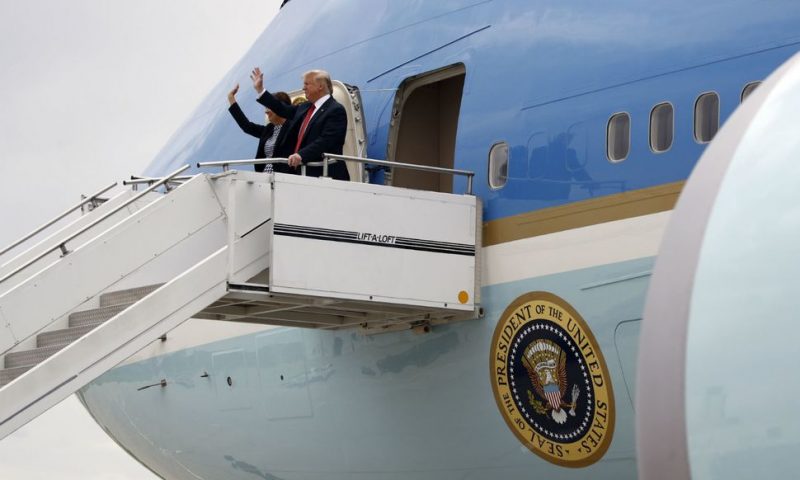 The new plans include a red, white and blue design with an American flag on the tail.

The president showed the mock-ups to ABC News as part of an interview that aired Thursday and said he designed them himself. The new designs feature an American flag on the tail of the plane with a red, white and blue design along the body.

Trump announced he would redesign Air Force One about a year ago, saying the planes were outdated. He said he would do away with the iconic baby blue color scheme, which date back to President John F. Kennedy’s administration, and design the planes to be more patriotic

In July, it was announced that Boeing Co. was awarded a $3.9 billion contract to manufacture two 757-8 aircraft to serve as the new Air Force One. Trump told ABC that the new planes are “a 747, but … it’s a much bigger plane” with a larger wingspan.

Although the term Air Force One can be used to describe any Air Force aircraft carrying the commander in chief, it typically refers to one of two highly modified and customized Boeing 747-200B series planes.

The president said the new aircraft will come with new features and “a couple of secrets.” The new planes will not be ready until 2024.