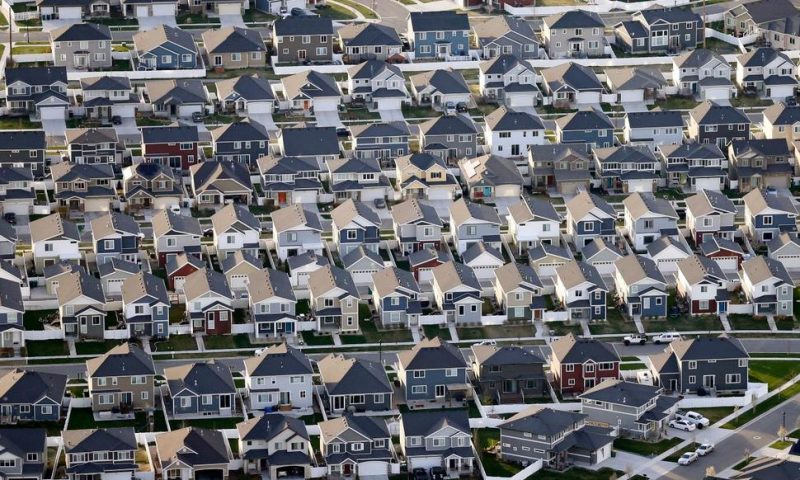 WASHINGTON — U.S. long-term mortgage rates fell for the sixth consecutive week, with the key 30-year loan average running below 4% and at its lowest point since September 2017.

The declining rates have been a boon to potential purchasers in the spring home buying season, and the number of homeowners seizing the opportunity to refinance mortgages jumped this week. Mortgage buyer Freddie Mac said Thursday the average rate on the 30-year, fixed-rate mortgage dipped to 3.82% from 3.99% last week. By contrast, a year ago the benchmark rate stood at 4.54%.

Applications for refinancing jumped 6 percent in the week ended May 31 from a week earlier, according to data from the Mortgage Bankers Association.

U.S. trade disputes with China and Mexico weighed on investors in the U.S. stock market, who nervously watched for developments. The trade battles threaten to stifle economic growth in the U.S. and around the world. Investors have been mostly fleeing to safer investments, like bonds and gold, because of the uncertainty around trade negotiations.

The rush into the bond market has pushed up bond prices and depressed their yields. The yield on the 10-year Treasury note, which influences mortgage rates, was 2.12% late Wednesday. It slipped further to 2.10% around midday Thursday.

The average fee for the 15-year mortgage also remained at 0.5 point.

The average rate for five-year adjustable-rate mortgages fell to 3.52% from 3.60% last week. The fee was steady at 0.4 point.

US Productivity Grew at Solid 3.4% Rate in First Quarter