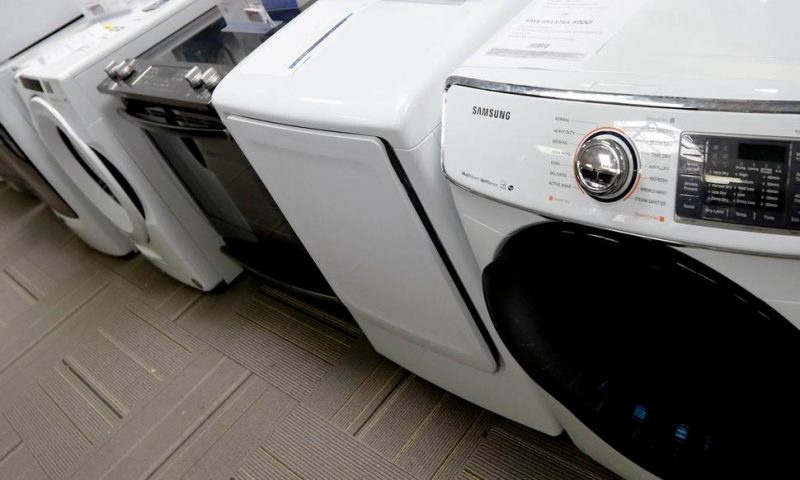 The Commerce Department said Friday that orders for durable goods — or items meant to last at least three years — fell 2.1%, after rising 1.7% in March, which was revised lower from a previous estimate of a 2.6% gain. Orders also fell steeply in February.

The report prompted numerous economists to take a more bearish view of the economy in the April-June quarter. Michael Feroli, an economist at JPMorgan Chase, slashed his forecast for second quarter growth to an annual rate of just 1%, from an earlier estimate of 2.25%.

Feroli also noted that Friday’s report covered April, which was before Trump hiked tariffs on $200 billion in Chinese goods to 25% from 10% in early May.

Other economists lowered their forecasts, though not as dramatically. Macroeconomic Advisers, a forecasting firm, cut its estimate for second quarter growth to just 1.7% from 1.9%. Goldman Sachs trimmed its outlook to 1.3% from 1.5%.

The downgrades suggest that growth is fading after growth clocked in at 3.2% in the first quarter. That figure was boosted by one-time factors, such as a large increase in goods held on store shelves and in warehouses.

Aircraft orders, typically a volatile category, plummeted 25.1% in April after a more modest gain of 7.8% in the previous month. That likely reflected troubles with Boeing’s MAX aircraft, which has been grounded by global regulators. Orders for cars and auto parts fell 3.4%, the biggest drop in nearly a year.

A category that tracks business investment declined 0.9%, the most since December. Demand for communications equipment and steel, aluminum and other metals fell, while orders for machinery barely rose.

The data suggest companies are spending less on big-ticket items, in part because of the trade war. Americans are also purchasing fewer cars, forcing automakers to pare back activity. Higher interest rates and additional competition from late-model used cars has reduced sales.

Manufacturing output has weakened in the past year. Factory output fell in April, according to a report by the Federal Reserve. Factory production has increased just 0.9% in the past 12 months.

The U.S. and China appear to be digging in for a long trade fight. The duties on Chinese imports cover many industrial parts and components, which has raised costs for manufacturers.

Japan Trade a Problem for Trump, but Not as Bad as China