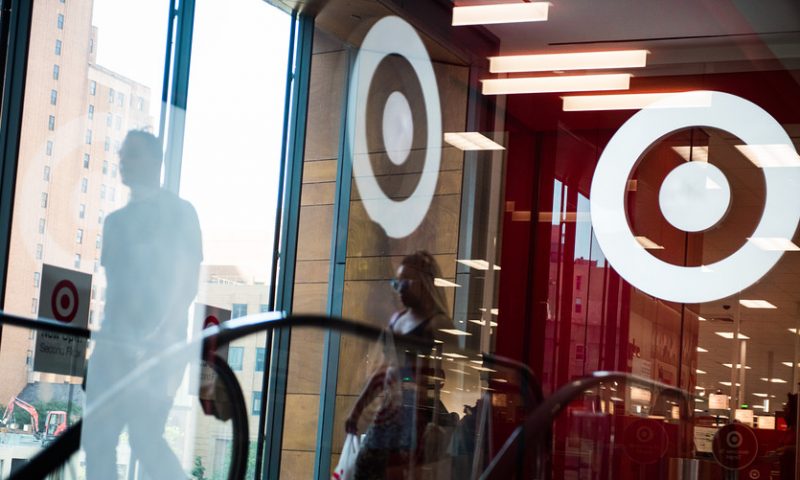 U.S. stocks finished lower Wednesday as lingering trade woes overshadowed the release of the minutes from the Federal Reserve’s policy meeting that was largely interpreted as accommodative.

Minutes for the rate-setting Federal Open Market Committee’s April 30-May 1 meeting indicated that the voting members agreed the current accommodative policy can remain for now and that they were comfortable with the wait-and-see approach. They were, however, split on whether higher rates were necessary if the economy continued to evolved along the predicted path while others argued that higher productivity could indicate more economic softness than the low unemployment rate suggests.

There was also some concern over the risk of tame inflation readings leading to subdued expectations of future inflation.

In remarks made overnight in Hong Kong, Federal Reserve Bank of St. Louis President James Bullard said the FOMC may need to lower its short-term interest-rate target if inflation doesn’t appear on track to rise back to desired levels at 2%. Bullard is a voting member of the FOMC.

Investors have been struggling to drum up appetite for buying after a bruising bout of technology-led selling on Monday. And while the U.S. has offered some temporary reprieve in its crackdown on Huawei Technologies, media reports said the White House could add several Chinese video surveillance firms to a list of blacklisted companies over human-rights complaints.

China’s ambassador to the U.S. said late Tuesday that Beijing was open to restarting trade talks, but that the U.S. was indecisive. Meanwhile, President Xi Jinping has tried to rally the country, with a call for Chinese to start a modern “long march” to brace against the possibility of a lengthy trade conflict with the U.S.

Treasury Secretary Steven Mnuchin said in testimony before the House Financial Services Committee Wednesday morning that he had spoken with Walmart Inc.WMT, +1.10% Chief Financial Officer Brett Biggs, after the company said last week that higher tariffs “will lead to price increases for our customers.”

Mnuchin was questioned by lawmakers on the potential impact of proposed 25% tariffs on the remaining $300 billion in annual Chinese imports that have thus far avoided new duties, and said he conferred with Biggs on what things the company can source from other areas and what they can’t as the administration considers potential exclusions to new levies.

“It seems that the U.S. government’s decision to temporarily ease restrictions imposed on Huawei allowed some more risk-on trading…however, despite the performance of the equity world yesterday, we are skeptical over a long-lasting recovery,” wrote Charalambos Pissouros, senior market analyst at JFD Group, in a note. “Before we get confident on that front, we would like to see concrete signs that both the U.S. and China are truly willing [to] find common ground.”

In a rough day for retail stocks, Target Corp. TGT, +7.78%  shares surged 7.8% after reporting results that were better than analysts’ consensus estimates.

Lowe’s Cos. LOW, -11.85%  shares tumbled 12% after the home-improvement retailer delivered first-quarter results that were weaker than expected.

Tesla Inc. TSLA, -6.02% shares dropped 6%, on track for sixth straight day of declines after Citigroup analyst Itay Michaeli issued an updated bear case on the company, arguing that its shares could fall 80% to $36. This follows one day after Morgan Stanley analyst Adam Jonas garnered attention with a $10 per-share worst-case scenario.

Shares of Apple Inc. AAPL, -2.05% shed 2.1% after Goldman Sachs analysts said the company’s earnings-per-share could shrink 29% if its products are banned in China in retaliation for U.S. sanctions on Huawei Technologies Inc.