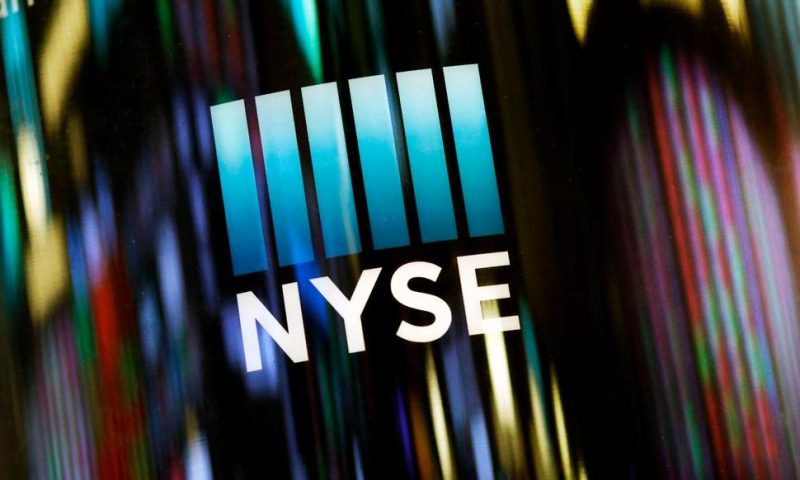 The U.S. decision to ban technology sales to China’s Huawei hammered the tech sector, particularly chipmakers. About one-third of Huawei’s suppliers are American chipmakers and investors are worried that the action against Huawei could crimp sales for companies with revenue heavily tied to China.

Apple also skidded after an analyst warned that the iPhone maker’s growth prospects could dim as the U.S. and China continue to spar over trade.

The Huawei ban is adding more anxiety to a market worried about further escalations in the trade war between the U.S. and China. Both sides have recently gone back and forth raising additional tariffs on each other’s goods. The uncertainty has put a dent in investor confidence over how Washington and Beijing will resolve their dispute, pulling stocks lower the last two weeks.

“The news that has filtered out of the (Trump) administration is that talks have stalled,” said Quincy Krosby, chief market strategist at Prudential Financial. “Nonetheless, the market has held up fairly well given the desire by the market to see a deal consummated.”

Chipmakers led the way lower Monday as traders weighed the implications from the U.S. ban on technology sales to Huawei.

The U.S. government says that Chinese suppliers, including Huawei and its smaller rival, ZTE Corp., pose an espionage threat because they are beholden to China’s ruling Communist Party.

Apple fell 3.1% after analysts at HSBC cut their price target on the stock, citing renewed risk in the company’s growth prospects in China and the potential impact from tariffs. HSBC noted that Apple company could be forced to raise prices, which could hurt demand.

Other technology companies also took losses. Alphabet Inc., Google’s parent company, slid 2.1% after it indicated that it would have to cut some features on Huawei smartphones. Other communications stocks also fell. Facebook dropped 1.4% and Comcast gave up 1.7%.

American Airlines had the steepest decline among major airlines after Morgan Stanley warned that it faces higher labor costs on top of higher fuel costs. The stock slid 2.5%.

Traders bid up shares in T-Mobile and Sprint, betting that the telecom companies could be closer to completing their $26.5 billion merger.

The chairman of the Federal Communications Commission said Monday he plans to recommend approval of the deal. The full commission must still vote, and the Justice Department must also clear the deal.

Tesla fell 2.7% after an analyst at WedBush said there seems to be mixed signals on demand for the electric car maker’s Model 3, which could make it harder for the company to turn a profit in the next couple of quarters and beyond.

In the client note Monday, Daniel Ives kept his “Neutral” rating on the stock, but lowered his price target to $230 from $275.

Tesla shares are down 50 percent since September. The company lost $702.1 million in the first quarter, among its worst quarters in two years, as sales tumbled 31%. CEO Elon Musk predicted another loss in the second quarter but said Tesla would be profitable again by the third quarter.

Companies are nearing the end of the latest earnings season. The results have not been as bad as Wall Street feared, with profit in the broad S&P 500 index contracting less than 1%. Home repair and supplies behemoth Home Depot will report its quarterly results Tuesday and retail giant Target will report results Wednesday.