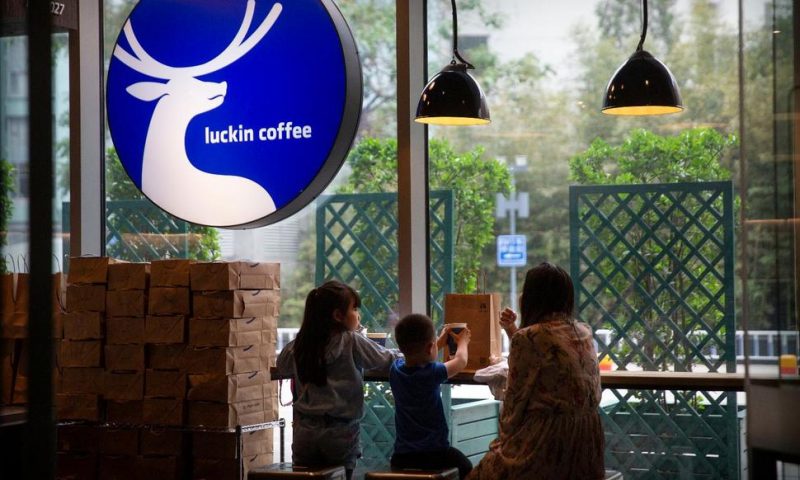 The Chinese company, which opened its first store in Beijing less than two years ago, has 2,370 locations and plans to surpass the 3,700 stores Starbucks has in China by the end of the year.

But unlike Starbucks, Luckin is losing money.

It brought in $125 million in revenue last year, but spent much more than that on coffee beans, store rent and other costs. Last year, it lost $475 million.

Most of Luckin’s stores are small, have few seats and are used mainly as a place to pick up mobile orders. It also offers delivery in 30 minutes and promises a refund for delays or spilled drinks. Through its app, customers can watch their coffee being made after making an order.

Luckin raised $561 million in its initial public offering Friday by selling 33 million American depositary shares at $17 apiece. The ADS, which are trading on Nasdaq under the symbol “LK,” closed at $20.38 after rising as high as $25.96 earlier in the day.