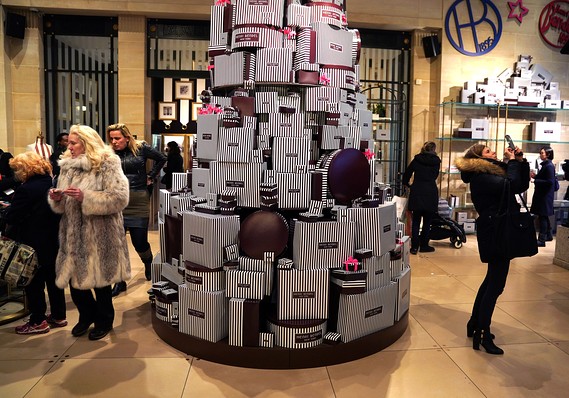 Chinese state media indicated little appetite in Beijing to resume negotiations following Trump administration’s move to raise tariffs on Chinese imports, suggesting that the economic standoff between the two largest economies in the world may be a painful and a protracted one.

Consumer sentiment rose to a 15-year high of 102.4 in May, well above the 97.1 expected by economists polled by MarketWatch and April’s reading of 97.2, according to the University of Michigan’s consumer sentiment index.

The Conference Board’s estimate of leading economic indicators rose for the third straight month in April to 112.1, up 0.2% from March, the group said Friday. The survey of economic conditions is a collection of forward-looking data that attempts to predict future economic growth.

A spokesman for China’s Ministry of Commerce called the Trump administration’s moves to raise tariffs last week, and the threat of additional tariffs on the roughly $300 billion in annually imported Chinese so far untouched by new duties, “bullying behavior,” that has resulted in “severe negotiating setbacks.”

Chinese state media also took aim at the Trump administration’s decision to put Chinese tech giant Huawei Technologies Co. on a list of entities that are working contrary to U.S. interests, which could result in U.S. companies needed to secure special permits to sell the company chips it relies on for end products.

Meanwhile, the U.S. and Canada on Friday said they reached a deal to end tariffs imposed by Washington on aluminum and steel products from Canada, while Canada will remove all retaliatory tariffs.

The earlier weakness in stocks is the result of investors “not being used to seeing [trade] negotiations happen right before our eyes,” said J.J. Kinahan, chief market strategist for TD Ameritrade. “With everything so out in the open, and because nobody has any real insight into the final results of negotiations, the market moves back and forth on every public statement.”

“Despite yesterday’s rebound during the EU and U.S. sessions we are still reluctant to trust a long-lasting reversal in risk appetite,” wrote Charalambos Pissouros, senior market analyst with JFD Group in a note. “With the U.S. attacking China, and China willing to respond to any actions taken by the U.S., we cannot assume that the worst is behind us…we would like to see concrete ‘truce’ signals before we get confident that equities could scale back their recent losses.”

Shares of Pinterest Inc. PINS, -13.48% sank 14% after the social media company announced first-quarter losses of $41.4 million, which were three times as large as analysts had expected.

Nvidia Corp. NVDA, -2.28% shares slid 2.3% after the semiconductor firm reported earnings that beat severely lowered expectations for the first quarter. Nvidia, however, declined to reiterate a fully year forecast while indicating that demand for the data-center market remains week.

Share of Applied Materials Inc. AMAT, +2.50% gained 2.5% after the chip-and-display maker beat the consensus revenue and earnings expectations for the first quarter.

In commodities markets, the price of crude oil CLM9, -0.25% erased earlier gains to retreat and gold GCM9, -0.68%  settled lower. The U.S. dollar DXY, +0.19%edged up while the British pound came under pressure after talks between the country’s Labour and Conservative parties ended without an agreement on how to leave the European Union, raising fears of a disorderly exit.

Millions of Americans are just one paycheck away from ‘financial disaster’