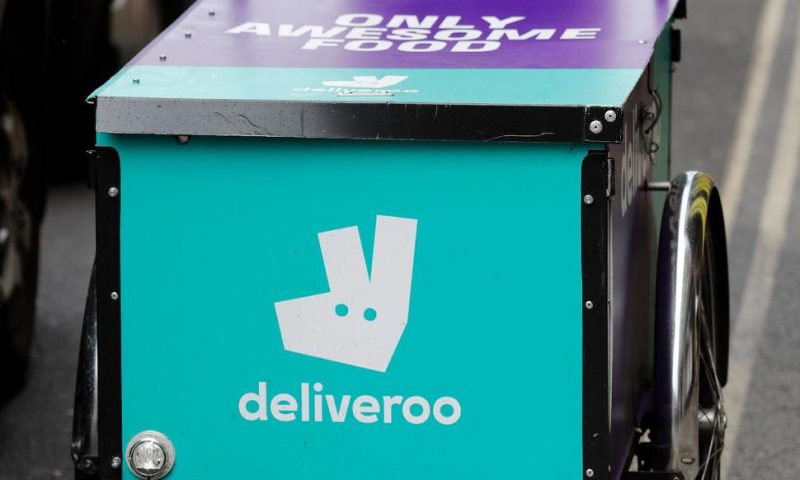 Amazon failed to get its own restaurant delivery business going in the United Kingdom, shutting it down for good late last year. It faced tough competition from Deliveroo, as well as its other rivals in the country such as Just Eat and UberEats. Amazon’s service, called Amazon Restaurants, still operates in several U.S. cities.

Deliveroo, whose Kangaroo logo is a common sight on scooters and bicycles around Britain, said Friday that it raised $575 million from a number of investors led by Amazon. The Seattle company will be Deliveroo’s largest investor, but did not disclose how much of a stake Amazon acquired. Amazon.com Inc. declined to comment Friday.

With Amazon now on its side, shares of Deliveroo’s competitors fell Friday. Just Eat, which trades on the London Stock Exchange, dropped 8%. And Uber, the ride-hailing company that owns UberEats, fell 1.3%.

Founded in 2013, Deliveroo has about 60,000 riders delivering food from some 80,000 restaurants in 14 countries, including Australia, France and Germany.

Like other so-called gig economy companies, Deliveroo has run into legal tussles over whether its riders count as employees and should get work benefits.

While some workers would want the legal status of employee, with more fixed hours and greater benefits, others like the flexibility to decide when and how long to work.

In May, Britain’s High Court ruled that Deliveroo riders do not in fact have the right to collective bargaining, by which they negotiate pay, hours and vacation time as a group of employees rather than individually.

Deliveroo said the new investments will help it try new operations, such as delivery-only kitchens, in an effort to expand its reach.

“This is great news for the tech and restaurant sectors, and it will help to create jobs in all of the countries in which we operate,” said Will Shu, the founder and CEO of Deliveroo.