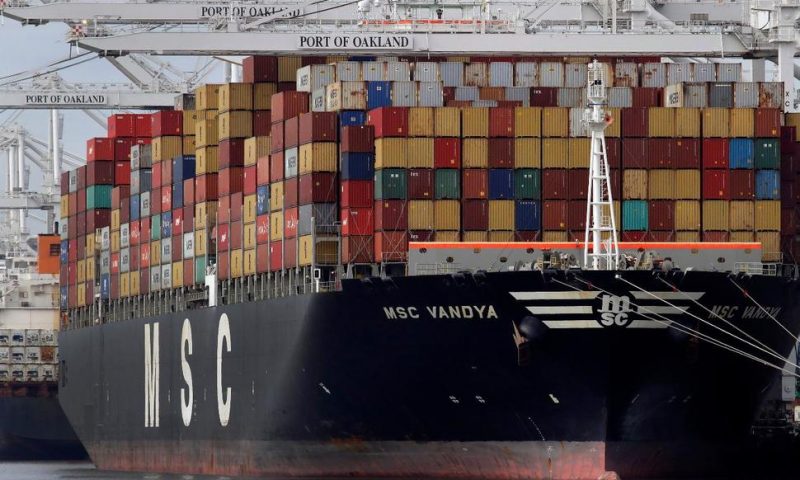 US productivity rises at solid 3.6% rate in Q1, best showing since 2014, while labor costs fall.

WASHINGTON — U.S. productivity grew at a solid 3.6% rate in the first three months of this year, the strongest quarterly gain in more than four years and a hopeful sign that a long stretch of weak productivity gains may be coming to an end.

The first quarter increase in productivity was more than double the 1.3% rate of gain in the fourth quarter, the Labor Department reported Thursday. Labor costs actually fell in the first quarter, dropping at an annual rate of 0.9%, indicating that tight labor markets are not creating unwanted wage and inflation pressures.

If it continues, an uptick in productivity would be good news for President Donald Trump and his goal of achieving sustained economic growth above 3%. Productivity, the amount of output per hour of work, is a key factor determining an economy’s growth potential.

With the strong gain in the first quarter, productivity over the past year has grown by 2.4%, the best four-quarter gain since a 2.7% rise in 2010.

Productivity gains over the past decade have for the most part been lackluster, averaging annual gains of just 1.3% from 2007 through 2018. That was less than half the 2.7% gains seen from 2000 to 2007, a period when the economy was benefiting from technology improvements in computers and the internet.

Economists have labeled the slowdown in productivity since the Great Recession as one of the country’s biggest challenges. However, recent signs have indicated that may be turning around. The economy’s potential to grow is governed by two major factors, growth of the labor force and growth in productivity.

The overall economy, as measured by the gross domestic product, expanded at a surprisingly robust 3.2% annual rate in the first three months of this year. For all of 2018, GDP growth was 2.9%. The Trump administration has projected sustained GDP gains of 3% or better over the next decade, well above the 2.2% average GDP gains seen since the current expansion began in June 2009.

In a separate report Thursday, the Labor Department said that applications for unemployment benefits, a proxy for layoffs, held steady at 230,000 last week. That is a low level that indicates a strong job market. The government will release its April jobs report on Friday. In March, employers created 196,000 jobs while the unemployment rate stayed at 3.8 percent, the lowest level in nearly 50 years. Economists believe April job growth will remain strong.