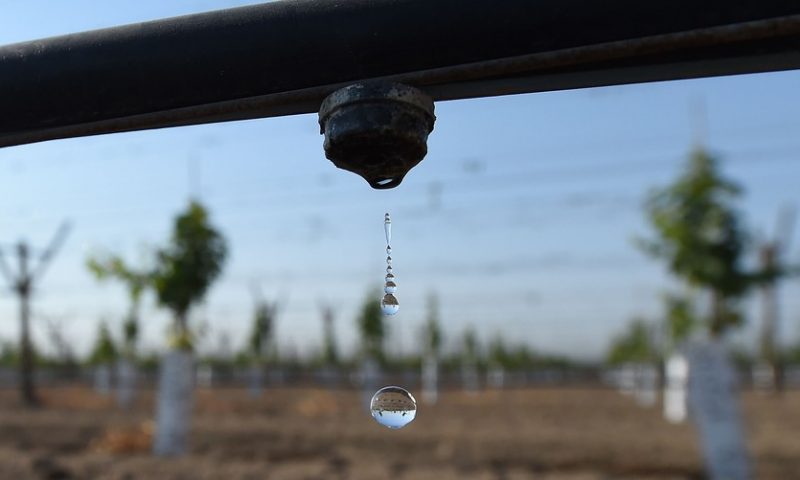 Water remains one of the cheapest resources on the planet. That means tapping into water’s uses and distribution is a good investment — if you know where to look.

Water is “perhaps the resource we most take for granted, besides air itself,” said Peter Gleick, president emeritus of independent think-tank Pacific Institute. However, “it’s not the most ‘precious’ if measured by what we pay for it.” On average, tap water costs slightly more than $2 per 1,000 gallons, according to the Environmental Protection Agency.

Still, “water cuts across multiple end markets, from agriculture to semiconductor manufacturing to drinking water supply,” said Hubert Aarts, executive director of listed equities at Impax Asset Management. “It is a more significant resource to humans and the global economy than commonly perceived but [as] the global population rises toward nine billion people by 2050, the volume of fresh water supply remains static,” with just 2.5% considered fresh, he said.

That suggests a scarcity in the type of water the world requires—and the importance of the companies essential to creating the technologies and infrastructure to provide that water. “From our perspective, investing strategically in water will matter for this week, this year, next year, the next five years,” said Deane Dray, multi-industry analyst at RBC Capital Markets.

So far in 2019, the water sector has rallied, with the S&P Global Water Index SPGTAQUA, +0.63% , which provides exposure to about 50 companies involved in water-related businesses, climbing by nearly 15% as of Friday. Water exchange-traded funds have also gained, with Invesco S&P Global Water Index ETF CGW, +0.58% up about 16% this year and Invesco Water Resources PHO, +1.09% up 22%.

Shares of A.O. Smith AOS, +1.03% , a U.S. maker of water heaters and boilers, have climbed 31% this year. Chris Mayer, co-founder and portfolio manager of Woodlock House Family Capital, calls it his “favorite water play.” Water treatment, particularly in China and India, is important. In 2011, A.O. Smith had $35 million in water-treatment sales in China. Last year: $400 million.

RBC Capital Markets, however, sees water as a “challenging investment proposition,” and as Dray points out, just because a company is “in water,” that “doesn’t make it a good investment.” He’s not a big fan of water ETFs, which, he said, “tend to buy anything and everything just because it’s water.”

Gleick said water is a “crisis” for the 800 million people in the world who don’t have access to safe, reliable, affordable sources of it, and the more than 2.4 billion who don’t have access to adequate sanitation to make it drinkable. But “if we’re willing to pay enough, water supply won’t be a problem,” he says, adding that “ultimately, we can desalinate ocean water,” and improve the efficiency of water use in agriculture.

For investors, Dray suggested companies that are engaged in water reuse and desalination. “If you start there, and then start screening for cash-flow generation … then you can start building out.”

‘No one wants to be the next Flint, Mich.’

Among pure plays, he mentions stock in Xylem XYL, +1.13% , a water technology provider that’s seen its stock climb nearly 25% this year through Friday.

Water utilities will “represent an important defensive growth part of the water sector,” said Dray. About 70% of annual water-utility spending is on “break and fix” — meaning repairs, equipment and services. Replacing aging infrastructure is another opportunity, with estimates of up to $1 trillion in needed work. “No one wants to be the next Flint, Mich.,” said Dray.

Gold finishes higher to tally a weekly gain of 1%