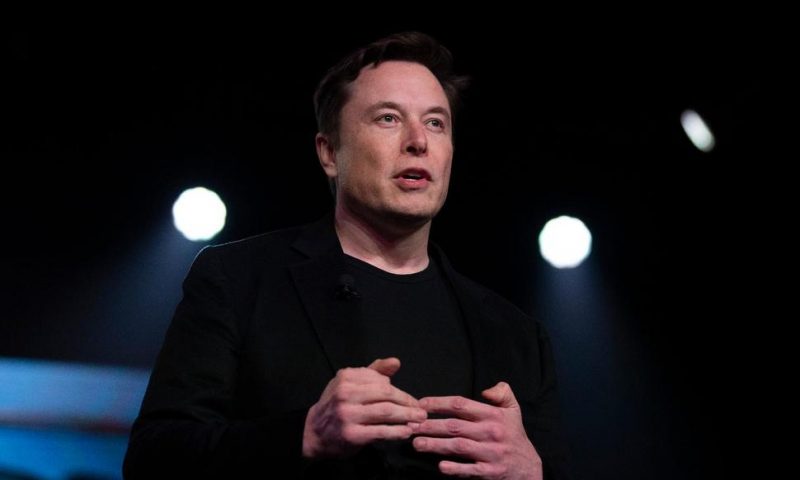 Tesla CEO Elon Musk and U.S. securities regulators have settled their dispute over Musk’s tweets, with Musk agreeing to pre-approval by an expert of his future communications regarding the company.

WASHINGTON — Elon Musk and U.S. securities regulators have settled their dispute over the Tesla CEO’s tweets, with Musk agreeing to having his future communications regarding the electric-car maker pre-approved by a company-employed expert.

The Securities and Exchange Commission and Musk reached the agreement, which they detailed in filings Friday in federal court in Manhattan. The agreement must be approved by U.S. District Judge Alison Nathan, who has presided over the case.

The deal means Musk would no longer face the threat of being held in contempt as the SEC has demanded. The agency had alleged that Musk violated a previous settlement requiring his tweets to be approved by a lawyer if they disclose important company facts.

The SEC said Musk violated the deal with a Feb. 19 tweet about Tesla vehicle production that wasn’t approved by the company’s “disclosure counsel.” The agency contended that Musk hadn’t sought the lawyer’s approval for a single tweet.

Musk’s attorneys contended his tweet that Tesla would produce about 500,000 vehicles this year didn’t need approval because it wasn’t new information that would be meaningful to investors. They said the SEC was violating Musk’s First Amendment rights to free speech.

The new agreement requires Musk to get approval in advance from “an experienced securities lawyer” employed by Tesla, which is based in Palo Alto, California, before he issues any written communication on a wide range of financial topics.

It is more specific and detailed than the previous accord regarding the affected topics. Those range from Tesla’s financial condition and results through potential mergers, sales numbers, new business lines and changes in control or top executive positions.

Word of the agreement came one day after Musk and the SEC attorneys told Nathan they were still trying to work out an agreement and needed an extension of their deadline, to Tuesday.

The original case goes back to a settlement reached last September after Musk tweeted that he had secured the funding to take Tesla private at $420 a share — a substantial premium over the company’s stock price at the time — when he did not. That tweet, last August, sent Tesla’s stock on a wild ride. The SEC maintains it hurt investors who bought the stock after the tweet but before they had accurate information.

Musk later backed off the idea of taking the company private, but the regulators concluded he had not lined up the money to pull of the deal.