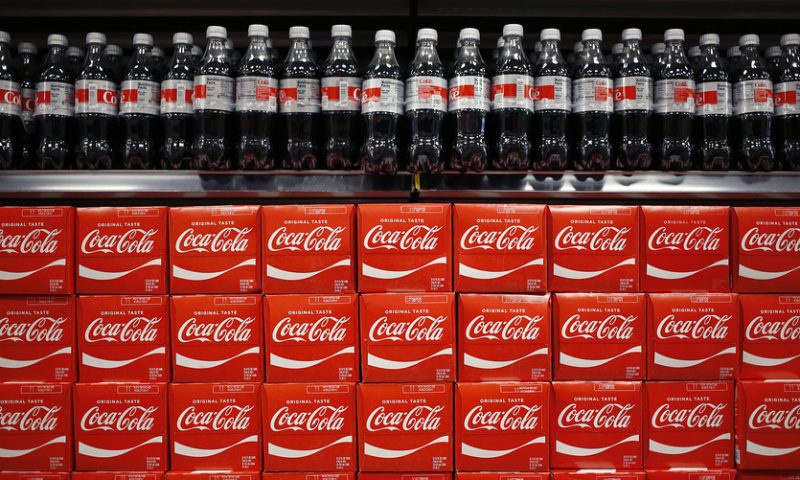 Dow moves toward record as United Tech and Coke surge

The S&P 500 and Nasdaq closed at record highs Tuesday as investors cheered the latest batch of solid corporate earnings, including those from blue-chip Coca-Cola Co. and social-media brands such as Twitter Inc.

Shares of United Technologies rose 2.3% to lead the Dow higher after the company reported earnings and revenue that beat analyst expectations, while raising expectations for its full-year performance. Shares of Coke also boosted the blue-chip index, rising 1.7%, on better-than-expected earnings.

On the economic front, new-home sales in March rose 4.5% to a seasonally adjusted annual rate of 692,000, the Commerce Department said.

On Monday, the energy sector had taken center stage after the U.S. said it was ending sanction waivers on imports of Iranian oil, granted to a number of countries, including China, India and Turkey, which were slated to terminate May 2. Because the tightened restrictions would remove nearly 1 million barrels of Iranian supplies from the market a day, it delivered a jolt to oil-pegged assets and produced sharp gains in the energy sector, as reflected in exchange-traded funds Energy Select Sector SPDR ETF XLE, -0.93% and United States Oil Fund LP USO, -0.07% .

For markets to keep hitting new highs, “You’re going to need to see tech really participate, following on Twitter this morning,” she added.

Bell pointed to Microsoft Corp. MSFT, -0.41% and Facebook Inc. FB, +0.04% as two companies that report earnings Wednesday, and whose results could go a long way in determining the stamina of the current rally.

P&G fell 2.7% after the maker of Oral-B, Pampers and Tide products issued a soft outlook for the full-year 2019.

Toy maker Hasbro Inc. HAS, +0.51% jumped 14% after the firm reported a surprise profit and growth in revenue.

Shares of Whirlpool Corp. WHR, -1.62% rose 0.4% after the appliance maker late Monday reported results that were better than analysts’ estimates.

Verizon shares fell 2.1% even after the communications giant beat first-quarter profit expectations and raised its outlook.