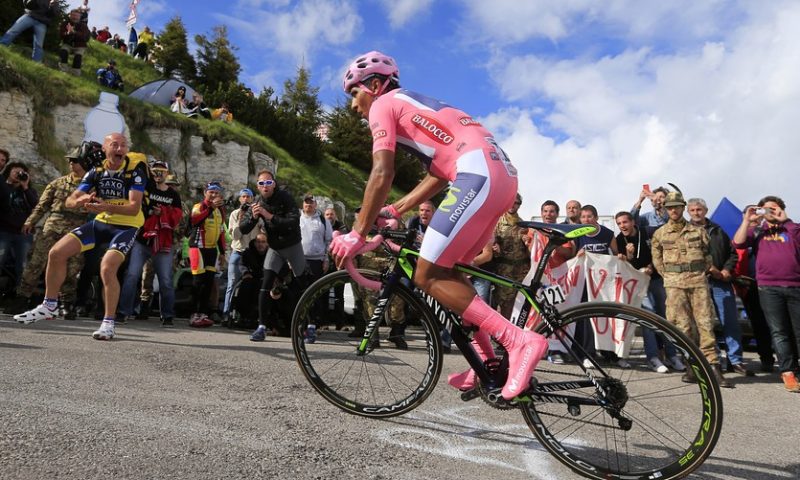 If the stock market needs a fresh catalyst after a lumbering ascent to near records, there’s one in the offing.

A first reading of U.S. economic performance in the first three months of 2019 is set to be released next Friday. First-quarter gross domestic product — the official scorecard of the economy’s health—comes at a sensitive time for Wall Street investors, who have pushed equity values higher, shaking off sluggish domestic growth and the inversion of the yield curve last month—a reliable recession gauge.

Against that backdrop, equity indexes have drifted to their loftiest levels in six months, with bears arguing that it’s only a matter of time before an economic slowdown enveloping much of the rest of the world takes hold in the U.S., while bullish investors see few impediments to further gains if the Federal Reserve keeps its interest-rate hike plans on hold for the near term.

“The soft-landing scenario is playing out for the global economy and it is difficult at this point to see any risks on the horizon that are big enough to drag the U.S. into a recession,” wrote Torsten Sløk, chief economist at Deutsche Bank, in a Thursday research note.

“This backdrop of no recession and stable growth and low inflation and low rates is bullish for risky assets, in particular equities,” he said.

“US equities clearly like this outlook, as long as it comes with enough economic growth to deliver earnings growth in 2H 2019,” Colas wrote in a Friday research note, referring to the market’s belief that there won’t be a rate hike by the Fed over the several months.

If Friday unveils a first-quarter GDP number that would put the U.S. on track to hit 2% to 2.5% growth this year, it could briefly silence near-term recessionary prognostications. Analysts polled by MarketWatch expect a more muted 1.5% growth rate in the first three months of 2019, but 2.3% rate for the full year.

JPMorgan Chase & Co.’s proprietary purchasing managers index rebounded to 52.79 in late March, from 52.12 in January, albeit after sliding from a Feb. 2018 high of 54.78. Any reading above 50 indicates that global economic activity is picking up.

That more upbeat data, in part, has been reflected in other GDP tallies.

The Atlanta Fed GDPNow first-quarter estimate, which incorporates recent economic data to spit out relatively real-time growth forecasts, has jumped to 2.8% on April 19, from an incredibly low 0.3% on March 1.

Fears around a more sluggish global economy aren’t going away soon. The International Monetary Fund’s spring meeting in Washington saw the international lender cut its global growth forecast to 3.3% in 2019, the third time in six months.

Moreover, the People’s Bank of China said at its quarterly policy update it would pare back its use of monetary stimulus in the future to avoid overinflating the economy, and to prevent another ramp-up in credit, after injecting cash into the financial system earlier this year.

With debt levels running high, analysts say Beijing may have less room to loosen the credit spigot this time around, a potential disappointment for an export-dependent eurozone.

But it isn’t assured that a healthy first-quarter GDP can spark another run for records for the Dow Jones Industrial Average DJIA, +0.42% S&P 500 indexSPX, +0.16% and the Nasdaq Composite Index COMP, +0.02% which all stand within shouting distance of all-time closing highs.

LPL analysts said the stock market has already priced in 2 to 2.5% growth for the full year of 2019.

Bond-market investors are beginning to acknowledge the so-called green shoots in the U.S. and global economy, after disagreeing with the stock-market’s upward trajectory and its implied optimism over the U.S. economy’s prospects earlier this year.

It was only a month ago, the bond market had priced in a precipitous drop in growth that could lead the Fed to embark on rate cuts, effectively reversing its interest-rate normalization cycle. Recession fears gained further traction in March after the Fed’s monetary-policy meeting, where it indicated it no longer expected any rate increases in 2019, a further pivot from December forecasts for two increases this year.

That triggered a slide in long-term bond yields, and a rally in debt prices, pushing the 10-year Treasury note yield TMUBMUSD10Y, +0.00% below the 3-month billTMUBMUSD03M, +0.00%  on March 22, one of the most widely watched measures of the yield curve’s slope because the inversion of that spread has preceded all nine recessions since 1955. Bond prices move inversely to yields.

Since then, the 10-year yield has bounced back to finish at 2.56%, as of Thursday (Bond and stock markets were closed in observance of Good Friday), more than 20 basis points from its March lows, and steepening the curve along the 3-month/10-year spread. Falling bond yields can sometimes reflect concerns about flagging economic expansion and diminished fears of higher inflation, while rising bond yields reflect expectations of an uptick in economic activity.

“This re-steepening of the curve was driven by investors being reassured about the US economy as March data – i.e. the first un-distorted month since November – has been solid,” wrote Hans Mikkelsen, head of U.S. investment-grade credit strategy at Bank of America Merrill Lynch.

Stat of the week

About 86% of fund managers in April’s edition of the Bank of America Merrill Lynch’s global fund managers survey said they didn’t view the yield curve inversion in March as a sign of an oncoming economic downturn.

So far, 15% of the S&P 500 firms have already reported their first-quarter results, with 78% of companies reporting better-than-expected earnings.

To be sure, this reflects analysts’ expectations for the first-quarter to show the first overall earnings decline in three years.