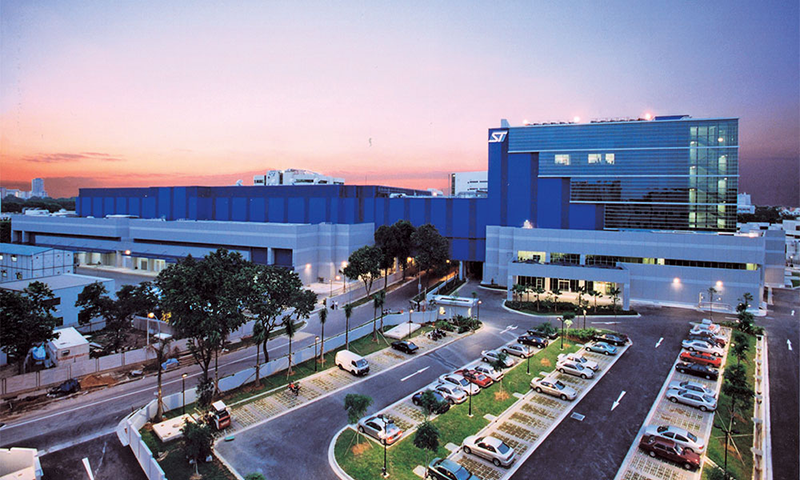 STMicroelectronics NV (NYSE:STM)’s share price gapped up before the market opened on Friday . The stock had previously closed at $17.03, but opened at $17.54. STMicroelectronics shares last traded at $18.17, with a volume of 3583557 shares traded.

STMicroelectronics (NYSE:STM) last issued its quarterly earnings results on Thursday, January 24th. The semiconductor producer reported $0.46 earnings per share (EPS) for the quarter, beating the Thomson Reuters’ consensus estimate of $0.44 by $0.02. The company had revenue of $2.65 billion for the quarter, compared to the consensus estimate of $2.61 billion. STMicroelectronics had a return on equity of 21.88% and a net margin of 13.32%. During the same period last year, the business posted $0.36 earnings per share. On average, equities research analysts predict that STMicroelectronics NV will post 1.09 EPS for the current fiscal year.

The firm also recently declared a quarterly dividend, which was paid on Tuesday, March 26th. Stockholders of record on Tuesday, March 19th were given a $0.06 dividend. This represents a $0.24 annualized dividend and a dividend yield of 1.32%. The ex-dividend date was Monday, March 18th. STMicroelectronics’s dividend payout ratio is currently 13.99%.

STMicroelectronics N.V., together with its subsidiaries, develops, manufactures, and markets semiconductor products worldwide. It operates through Automotive and Discrete Group; Analog, MEMS and Sensors Group; and Microcontrollers and Digital ICs Group segments. The company offers a range of products, including discrete and standard commodity components, application-specific integrated circuits, full-custom and semi-custom devices, and application-specific standard products for analog, digital, and mixed-signal applications, as well as silicon chips and smartcards.

Donald Trump: The stock market should be as much as 10,000 points higher