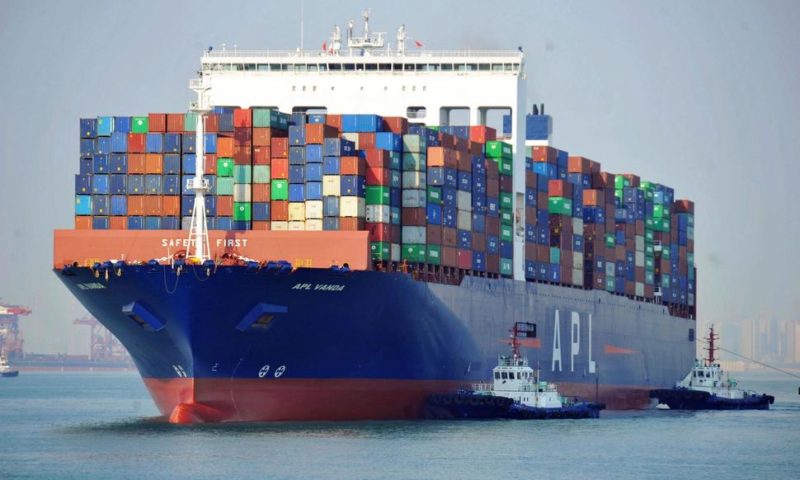 China’s exports rise 14.2% percent in March; sales to US also up despite Trump tariffs.

BEIJING — China’s exports rebounded from a slump in March and sales to the United States rose despite President Donald Trump’s tariff hikes.

Imports of American goods plunged 25.8% to $11.3 billion, hit by Chinese retaliatory duties and orders to buyers to find other suppliers.

The slump has added to pressure on Chinese leaders to make peace in a tariff war with Washington over Beijing’s technology ambitions.

“Exports have yet to fully recover from a sharp slowdown late last year,” said Julians Evans-Pritchard of Capital Economics in a report.

Economists say a settlement appears increasingly like. But they say even if that happens, this year’s Chinese exports will be lackluster.

Washington is pressing Beijing to scale back plans for government-led creation of Chinese competitors in robotics and other technologies. Europe, Japan and other trading partners echo U.S. complaints those violate Beijing’s market-opening commitments.

The fight has disrupted trade in goods ranging from soybeans to medical equipment. The dispute has rattled financial markets and prompted the International Monetary Fund and other forecasters to lower their outlook for global economic growth.

“The reversal of U.S. tariffs would only provide a small boost to exports of around 1% to 2%,” said Evans-Pritchard. “With global growth set to remain weak in the coming quarters, a strong rebound in exports therefore looks unlikely.”

Exports to the United States grew by double digits through most of 2018 despite Trump’s tariff hikes starting in July. But they slid in December once the full impact hit.

Exports to the United States in January and February fell 14.1% from a year earlier.