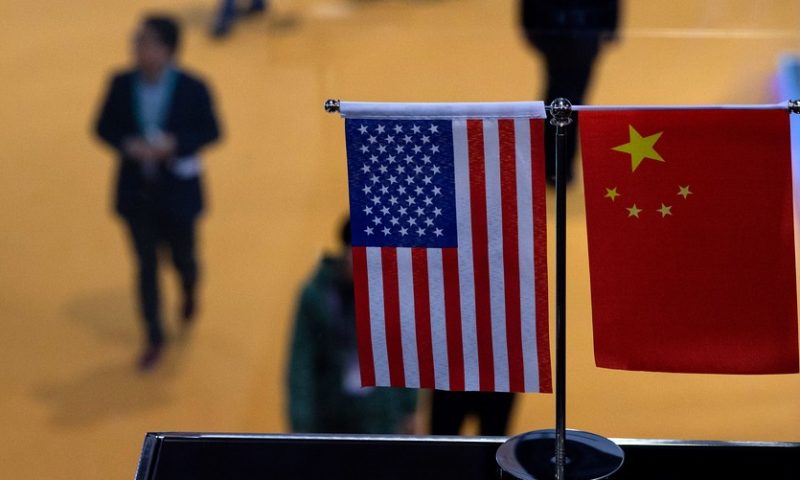 Stock benchmarks closed Wednesday in positive territory, but off their intraday highs, as investors reacted to upbeat comments on U.S.-China trade talks but weighed a shaky private-sector employment report.

What did the major indexes do?

U.S. stocks followed the lead of global equities, which rallied on a report over progress with trade talks between the U.S. and China. “Ninety percent of the deal is done, but the last 10% is the hardest part, it’s the trickiest part and it will require trade-offs on both sides,” said Myron Brilliant, executive vice president for international affairs at the U.S. Chamber of Commerce, adding that talks are in the “endgame stage,” according to the Financial Times.

High-level discussions that began in Beijing last week were set to resume Wednesday in Washington, as China’s Vice Premier Liu He prepared to meet with U.S. Trade Representative Robert Lighthizer and Treasury Secretary Steven Mnuchin. The parties hope to set the stage for a summit between President Donald Trump and Chinese President Xi Jinping, where a final trade agreement could be signed as early as this month, though the timing of a deal remains uncertain.

Meanwhile, the Caixin China services purchasing managers index, which gauges the country’s private sector, rose to a 14-month high in March. Upbeat data from China at the start of the week helped to drive strong gains for U.S. stocks Monday, amid relief that a shaky global growth outlook was stabilizing.

Tempering trade optimism was a disappointing jobs report from payroll services firm ADP, which estimated the U.S. private sector added 129,000 jobs in March, the weakest reading in 18 months and below consensus expectations of 165,000, according to an Econoday survey of economists.

Though the ADP report doesn’t always track closely to the official government estimate of job growth, due on Friday, economists worried that it could be signalling weakness in the labor market. Low unemployment and optimistic U.S. consumers have been the main factors pointed to by stock-market bulls as reason to believe the current economic expansion has more room to run.

Federal Reserve policy was also in focus after a report by the Wall Street Journaldescribed the president’s growing frustration with Fed Chairman Jerome Powell, whom he has repeatedly criticized to “Republican senators, supporters and staffers” for Powell’s decision to raise interest rates four times in 2018. The president reportedly believes that the economy would be stronger and the stock market more buoyant absent these moves.

The president blames Mnuchin for recommending Powell for the job, while reportedly telling Powell in a recent phone conversation that “I guess I’m stuck with you.”

Shares of Tyson Foods Inc. TSN, -0.48% were in focus after a subsidiary of the processed foods company, AdvancePierre Foods Inc., announced a recall of more than 20,000 pounds of ready-to-eat beef patties. The stock fell 0.5% Wednesday.

What other data was in focus?

Markit’s March services purchasing managers index came in at 55.3, above consensus expectations of 54.8, according to FactSet. A reading of at least 50 indicates improving conditions, while those below that level denote contraction.

The Institute for Supply Management’s services sector gauge fell to 56.1% in March, down from 59.7% in February. Economists polled by MarketWatch had expected a 58.1% reading.

What were the analysts saying?

Between last month’s jobs report and today’s ADP report, it seems like the job market “is rolling down,” Mike Loewengart, vice president of investment strategy at E-Trade, wrote in an email. “Over the past five years it’s one of the lowest reads,” he added.

“That said, we’re far from crisis levels,” he added, though the combination of two straight underwhelming reports means “We’ll be closely watching Friday’s jobs data to see if this trend persists.”

“Stocks are rallying on hopes for a better-than-expected trade deal as senior U.S. and Chinese officials meet in Washington this week,” Alec Young, managing director of global markets research at FTSE Russell, wrote in an email.

“Trade matters because it could impact corporate earnings,” as tariffs increase costs, while their removal would raise earnings expectations, he added. “The catch is that Washington would need a credible enforcement mechanism by which to ensure Chinese compliance with any deal. That would come in the form of an ability to quickly re-impose tariffs should the Chinese fail to comply.”

In commodities markets, the price of crude oil CLK9, -0.16% fell, threatening to snap its three-day winning streak, while the price of gold GCM9, +0.12% was virtually unchanged. The U.S. dollar DXY, -0.04% meanwhile, retreated 0.3% against its peers.