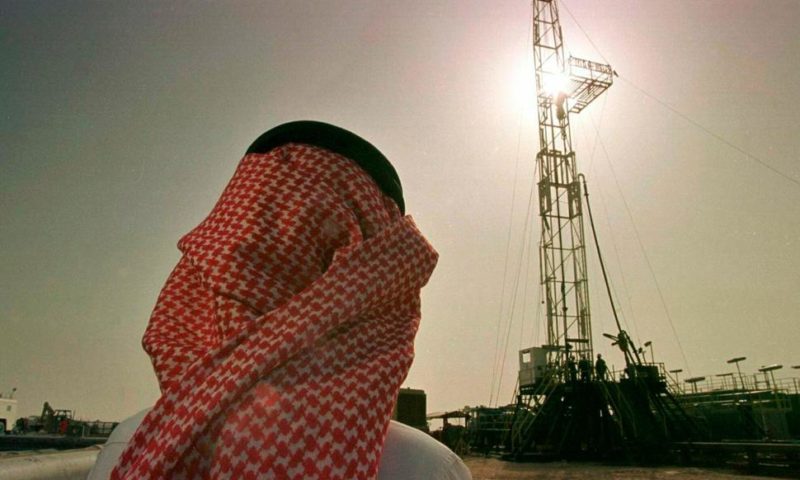 That places Aramco ahead of some of the world’s most profitable firms. By contrast, Apple booked a net profit of about $60 billion in its last full year, Royal Dutch Shell had net income of $23 billion and Exxon Mobil $21 billion.

Moody’s said the oil giant’s revenue hit $355.9 billion last year and that it produced 10.3 million barrels per day of crude oil in 2018.

The figures provide the first look in recent memory at Aramco’s revenue and earnings. The company, which began as a U.S. venture with a concession for oil rights in Saudi Arabia, was fully acquired by the Saudi government in 1980.

“I would say that this tells us that Aramco is worth at least one trillion dollars,” said Ellen Wald, president of Transversal Consulting and the author of “Saudi Inc,” a book about Aramco’s corporate history.

Moody’s said Aramco paid $58.2 billion in dividends in 2018 and $50.4 billion in 2017. It remains unclear exactly how these dividends are distributed within the Saudi monarchy and its ruling family.

Fitch said Aramco accounted for around 70% of the Saudi government’s budget revenue between 2015-2017, but it wasn’t immediately clear if that figure included the dividends mentioned by Moody’s.

In anticipation of a partial listing of Aramco on an international exchange, the Saudi government in 2017 reduced Aramco’s tax rate from 85% to 50%. Such moves are part of an effort by Saudi Arabia to create new income streams and lessen the government’s dependence on oil for revenue.

In their first-ever grade assessment for Aramco, Fitch issued the firm an A+ rating, while Moody’s gave the company it’s A1 rating.

The ratings are considered investment-grade level and indicate low credit risk, but the agencies held off on issuing their top grades to Aramco due to strong links between the Saudi state and the company. Specifically, Fitch noted “the influence the state has on the company through regulating the level of production, taxation and dividends.”

Wald said that five years ago, under the late King Abdullah, the government’s links to Aramco would not have been a significant concern because the company had “essentially complete independence.”

That’s now changed under King Salman and his son, Crown Prince Mohammed bin Salman, who have taken a much more active role in controlling various power centers in the kingdom, including Aramco, Wald said.

“There’s no telling… what kind of demands this king and his son might make on the company in the future that might have impact on its core profitability,” she added.

The ratings agencies issued their reports on the same day that Aramco said it will start to meet with investors about selling its bonds which, if issued, would be priced in dollars and traded on the London Stock Exchange. The bonds are expected to help pay for Aramco’s $69 billion acquisition of majority shares in Saudi petrochemical firm SABIC from the kingdom’s sovereign wealth fund.

Fitch said its conservative forecasts show Saudi Aramco’s net debt rising to around $35 billion by 2021, after incorporating the SABIC transaction.

The $69 billion deal with SABIC pumps capital into the Public Investment Fund, which is overseen by the crown prince.

Prince Mohammed has transformed the fund in order to back major development projects throughout the kingdom amid delays to an initial public offering of Aramco, which he’d touted as a way to raise capital for the PIF’s projects.

The deal was struck after the crown prince’s early efforts at attracting Western investors for his social and economic transformation plans suffered a setback following the killing of Washington Post columnist Jamal Khashoggi by Saudi agents inside the country’s consulate in Istanbul last year.