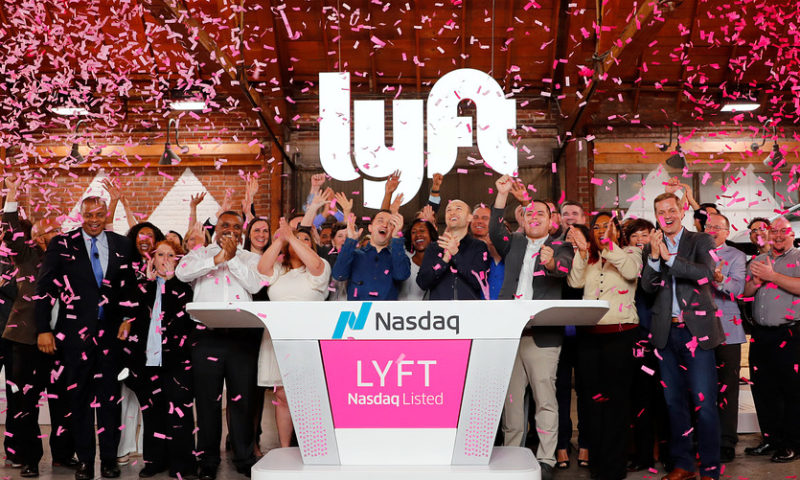 Stock opened 22% above IPO price, then pared gains to value the ride-hailing company at more than $22 billion

Shares of Lyft Inc. soared in Friday trading after the ride-hailing company made its debut on the Nasdaq but pared those gains as the day wore on.

Lyft’s stock LYFT, +8.74% closed up 8.7% at $78.29, giving the company a $22.39 billion market value. The company raised $2.34 billion through the offering and could raise up to $2.69 billion if underwriters execute all of the options granted to buy additional shares.

The stock was one of the most actively traded on major U.S. exchanges, as trading volume exceeded 71 million shares. By midday, Lyft made up 6.3% of total TD Ameritrade equity volume.

“The 20% pop on opening is pretty amazing for a $25 billion stock,” said Duncan Davidson, a general partner at Bullpen Capital, in an email. He argued that the strong debut for Lyft “bodes well” for the numerous other unicorns that are expected to hit the public markets later this year.

One of those major unicorns is Uber Technologies Inc., Lyft’s chief rival. Experts argued that it was important for Lyft to make its debut ahead of Uber given Lyft’s smaller size and narrower scope. Lyft is mainly focused on the U.S. market and mobility, unlike Uber, which is generating growth internationally and gaining momentum with its Uber Eats food-delivery arm.

Lyft’s warm reception on Wall Street “shows there’s an appetite for these really big unicorns and that the investment community is going to be receptive to these stories,” said Barrett Daniels, a partner with Deloitte & Touche who focuses on technology IPOs. While there was some concern toward the end of last year that the IPO window may close during the back half of 2019, those fears have generally subsided, according to Daniels. Still, he said there’s more uncertainty about what 2020 may bring.

Concerns remain about Lyft’s ability to turn a profit eventually and compete effectively against Uber, especially given the stock’s high valuation. In the lead up to its IPO, Lyft was offering generous discounts to riders, which may have helped the company boost its market share in the near term at the expense of its margins.

Judging from Lyft’s stock surge, Wall Street seems willing to overlook heavy losses in order to own a piece of a fast-growing name. DA Davidson analyst Tom White said that part of Lyft’s appeal is that the company has been steadily gaining market share in the U.S. over the past five years, a trend he expects to continue.