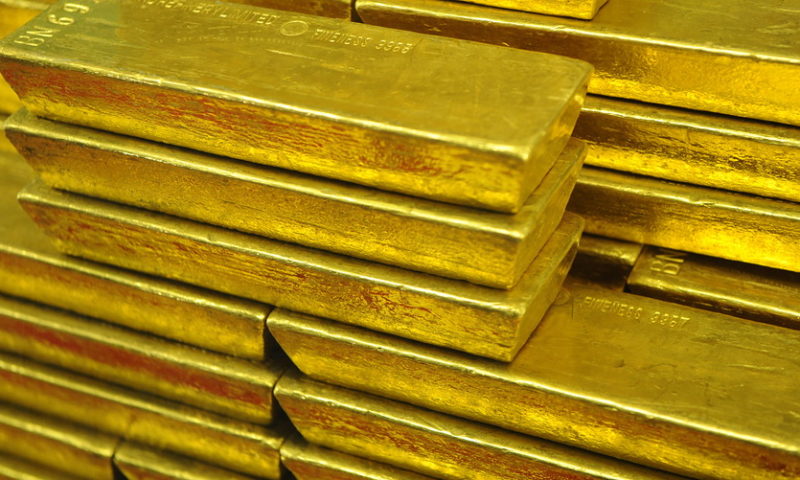 The dollar gave back much of its post-Fed loss by early Thursday, although the precious metals that are priced in the U.S. unit maintained their rally.

The central bank left interest rates unchanged as expected and signaled no further increase in interest rates this year and just one in 2020, according to its new ‘dot plot,’ and the bank said it would end its balance-sheet runoff by September.

The dollar, as measured by the ICE U.S. Dollar Index DXY, +0.45% was up 0.3%. A weaker dollar can boost investment interest in dollar-denominated prices of gold from investors using other currencies, and vice versa.

Despite the more dovish Fed, U.S. stocks closed lower Wednesday and remained lower early Thursday after President Trump said he would keep tariffs on China even after a trade agreement had been reached in order to make sure the country is adhering to the terms of any trade deal.

The risk-off sentiment associated with the trade update was a boost to haven gold.

Oil pulls back from 4-month high

Consumers Should Soon See Benefit of Fed’s Patience on Rates