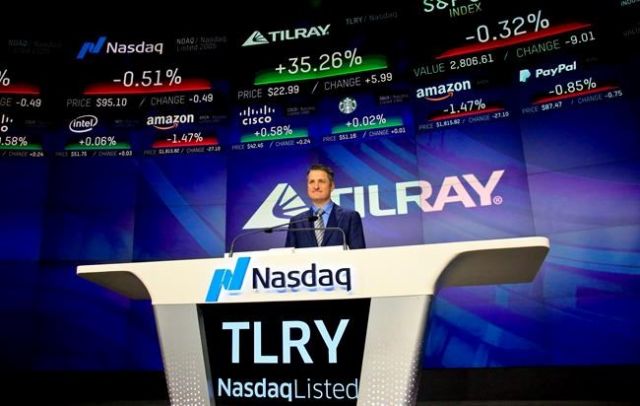 Cannabis producer Tilray Inc. reported its fourth-quarter revenue surged by more than 200 per cent year-over year to US$15.5 million, but its net loss for the period also deepened.

Analysts had estimated quarterly revenues of US$14.15 million and a net loss of US$10.43 million or 12 US cents per share, according to those surveyed by Thomson Reuters Eikon.

Tilray said that the increased net loss for the quarter was primarily due to the increase in operating expenses due to growth initiatives, expansion of international teams and costs related to financings and merger and acquisition activities.

The company’s average net selling price per gram rose to US$7.52, up from US$7.13 during the same quarter one year earlier.

“2018 was a very successful year for Tilray with many corporate milestones,” said Tilray’s chief executive officer Brendan Kennedy in a statement. “Our team made significant progress on our long-term initiatives including increasing production capacity, expanding and strengthening strategic partnerships, and acquiring complementary businesses to accelerate our future growth and leadership position in medical and adult-use cannabis.”