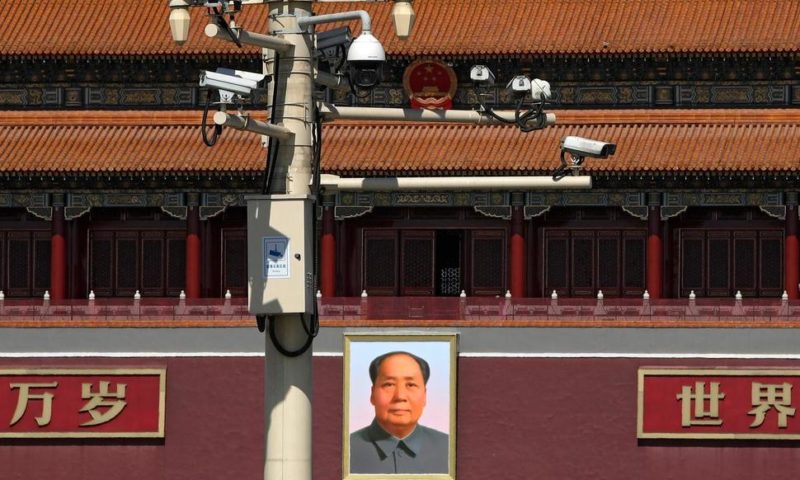 US business groups encouraged by prospect of US-China deal.

WASHINGTON — U.S. business groups said Friday they are encouraged by China’s approval of a new law that loosens restrictions on foreign investment and said it could help smooth the way to a substantive trade agreement between the two countries.

China’s ceremonial legislature passed a measure Thursday seeking to prevent Chinese officials from forcing U.S. and other foreign companies to turn over proprietary technology, a key sticking point in the trade fight between the two countries.

The U.S. has imposed tariffs on $250 billion worth of Chinese goods in an effort to force changes to a range of China’s economic policies. China has retaliated by slapping duties on most U.S. imports.

“It’s one of those confidence building measures,” Erin Ennis, senior vice president of the U.S.-China Business Council, said of the move by Chinese legislators. It suggests “the two sides are talking the same language.”

U.S. companies have long complained that Chinese officials informally push them to turn over trade secrets in order to access China’s market. In some cases U.S. businesses are required to form a joint venture with a Chinese partner, and share technology with them. In other cases U.S. companies are forced to provide trade secrets to win regulatory approval from local officials, who then turn over those secrets to Chinese firms.

The Trump administration also wants China to reign in subsidies for state-owned firms and for companies that are focused on emerging technologies such as artificial intelligence and self-driving cars.

The new law would bar Chinese officials from leaking technology to Chinese firms, and would also make it easier for more U.S. companies to do business in China without a partner.

Still, it’s not clear how close the two sides are to an agreement. Earlier this week, U.S. Trade Representative Robert Lighthizer told a Senate committee that “there still are major, major issues that have to be resolved.”

And Ennis said China needs to publish regulations that would implement the new law, a step they have delayed taking in the past.

Lighthizer has emphasized that the agreement must include enforcement provisions that would allow the U.S. to impose tariffs or other sanctions if China doesn’t follow through on its promises. That remains a key sticking point between the two sides, business lobbyists have said.

Lighthizer sketched out how the United States wants to enforce the deal in his testimony Tuesday. U.S. companies that are forced to turn over technology, for example, could bring that concern to U.S. officials, who would raise them in monthly meetings with their Chinese counterparts. Lighthizer and his Chinese counterpart would meet every six months and seek to resolve the toughest cases.

If they were unable to do so, Lighthizer said, the U.S. could “unilaterally act to enforce change,” which would likely mean tariffs. The Trump administration wants China to agree to not retaliate, but that is a major sticking point.

“We are cautiously optimistic that the two sides are going to get there,” said Jeremie Waterman, president of the U.S. Chamber China Center. “They’re clearly whittling the number of outstanding issues down.”

Some business groups think an agreement, if it is reached, won’t happen until the end of April.

President Donald Trump said on Thursday at the White House, “We’ll have news on China probably one way or the other over the next three or four weeks.”