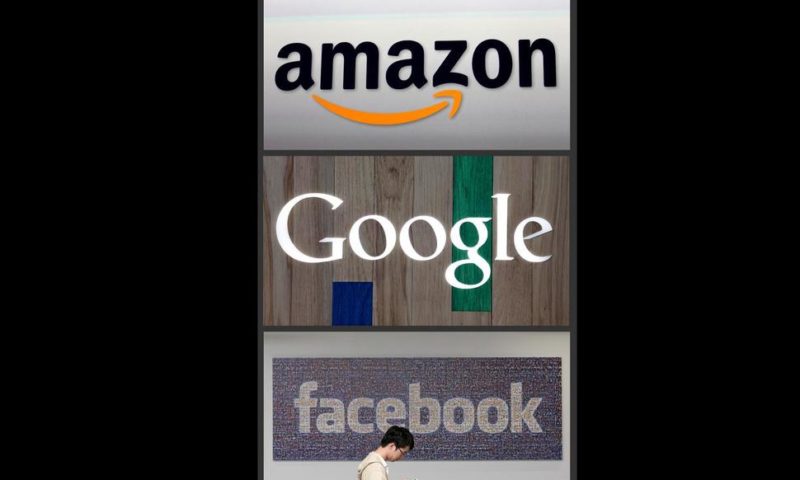 LONDON — Facebook, Google, Amazon and Apple are once again being cast as monopolies that have become too powerful for society’s good, a recurring theme that’s increasing the pressure to rein them in.

A 150-page report commissioned by the British government depicts big digital companies in search, social media, advertising and e-commerce as threats to competition, innovation and personal privacy. Meanwhile, the music streaming service Spotify filed an antitrust complaint in Europe against Apple, accusing it of stifling competition through its control over the iPhone’s operating system and app store.

Wednesday’s dual attacks provide more fodder in a worldwide debate about whether stricter rules need to be drawn up to handcuff or even break up leading tech companies as they try to extend their tentacles into new markets.

“What you’re seeing is a broad recognition that there is a problem,” said Matt Stoller, a fellow at Open Markets, an institution that studies corporate monopolies and advocates for more competitive markets.

In the U.S., Democratic presidential candidate Elizabeth Warren last week proposed breaking up the biggest U.S. tech companies, saying they have too much market and political power.

In a recent opinion piece for The Guardian newspaper in Britain, Reich compared Facebook, Google and Amazon to “robber barons” who built business empires on innovations in the late 19th century and were eventually broken up to foster more competition.

“I think we are seeing a turn of the pendulum,” Reich said Wednesday in an interview with The Associated Press. “I think Silicon Valley executives really need to take a hard look in the mirror.”

The British government’s new report was led by Harvard University professor Jason Furman, who was a chief economic adviser to former President Barack Obama. The report found that global tech giants don’t face enough competition and says that existing rules are outdated and need to be strengthened.

“The digital sector has created substantial benefits but these have come at the cost of increasing dominance of a few companies, which is limiting competition and consumer choice and innovation,” Furman said. “Some say this is inevitable or even desirable. I think the U.K. can do better.”

As for Spotify, the streaming service’s beef with Apple centers on a 30 percent tax that digital services have to pay to use Apple’s “in-app” payment system, making Spotify subscriptions more expensive than Apple Music. That same commission system recently prompted Netflix to stop accepting new subscription sign-ups through its iPhone app, as Apple prepares to unveil its own rival service.

“There is now a shared aspiration, which is the power of the tech platforms being reduced,” said Blair Levin, a policy adviser to New Street Research and a former chief of staff to a Federal Communications Commission chairman.

But in the past, all four companies have fiercely defended their business practices and attempted to make cases that there is still ample competition in their respective markets.

And the companies’ supporters, including legions of lobbyists hired to influence lawmakers, note there is little evidence that their actions have hurt consumers by driving up prices or degrading the quality of their services — many of which are free.

Although the U.S. government has yet to take similar action, the Federal Trade Commission recently created a task force focused on anti-competitive behavior in the industry.

Britain’s financial secretary, Philip Hammond, said the country’s government would respond later this year to the report’s recommendations, which must be approved by Britain’s Parliament to take effect.

Recommendations include setting up a new “digital markets unit” tasked with giving people more control over their data by using open standards. That would let people move or share their personal information if they switch to a new digital service.

The report’s authors said making it easier to switch would result in new digital services while creating new business opportunities to manage the data.

— Getting big companies to share key data with startups, while safeguarding personal information. The report said data sharing can help foster innovation and new business ideas. The panel cited as an example Uber’s release of data to help improve infrastructure and planning decisions.

— Drawing up a code of conduct to lay out acceptable behavior for tech companies in their relationships with users. The report said clarifying unfair conduct would allow disputes to be resolved more easily.

— Rewriting rules so authorities can better stop digital mergers likely to “damage future competition, innovation and consumer choice.” Critics have contended one way tech companies protect their turf is by using their cash and stock collectively worth trillions of dollars to buy promising startups before they can evolve into competitive threats.

Boeing Takes Hit to Its Reputation After 2 Plane Crashes