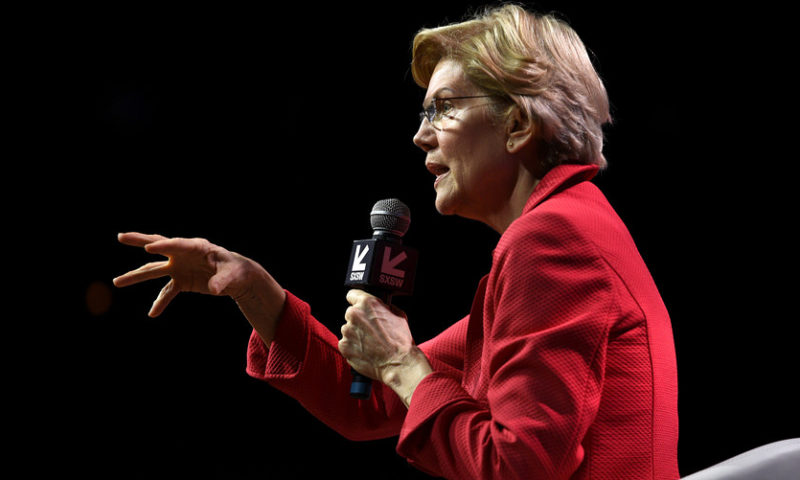 When the Massachusetts Democrat and presidential candidate laid out her plan Friday to break up big tech companies that she said stifle competition, she focused on Facebook Inc. FB, +0.28% , Alphabet Inc.’s GOOGL, -0.08% GOOG, -0.09% Google and Amazon.com Inc. AMZN, -0.32% — but did not mention Apple AAPL, +0.24% . On Saturday, however, she made it clear that the iPhone maker was in her cross-hairs as well.

“Apple, you’ve got to break it apart from their App Store. It’s got to be one or the other. Either they run the platform or they play in the store. They don’t get to do both at the same time.”

In an interview with The Verge published Saturday night from the SXSW festival in Austin, Texas, Warren said Apple uses its market dominance to squash competition.

“If you run a platform where others come to sell, then you don’t get to sell your own items on the platform because you have two comparative advantages,” she said. “One, you’ve sucked up information about every buyer and every seller before you’ve made a decision about what you’re going to to sell. And second, you have the capacity — because you run the platform — to prefer your product over anyone else’s product. It gives an enormous comparative advantage to the platform.”

Warren described her sweeping plan in a blog post Friday: “Companies with an annual global revenue of $25 billion or more and that offer to the public an online marketplace, an exchange, or a platform for connecting third parties would be designated as “platform utilities. These companies would be prohibited from owning both the platform utility and any participants on that platform.”

“We must ensure that today’s tech giants do not crowd out potential competitors, smother the next generation of great tech companies, and wield so much power that they can undermine our democracy,” she wrote.

Aside from Apple’s App Store, the plan would target holdings such as Amazon’s Marketplace and Whole Foods stores, Google’s ad exchange and Google Search, and Facebook’s WhatsApp.

Warren told The Verge that her plan has precedent. “This would not be the first time in U.S. history that this kind of arrangement had to be broken up,” she said, noting the monopoly-busting of railroads in the early 20th century. “So my principle is exactly the same. . . we need to now look at those tech platforms the same way,” she said.