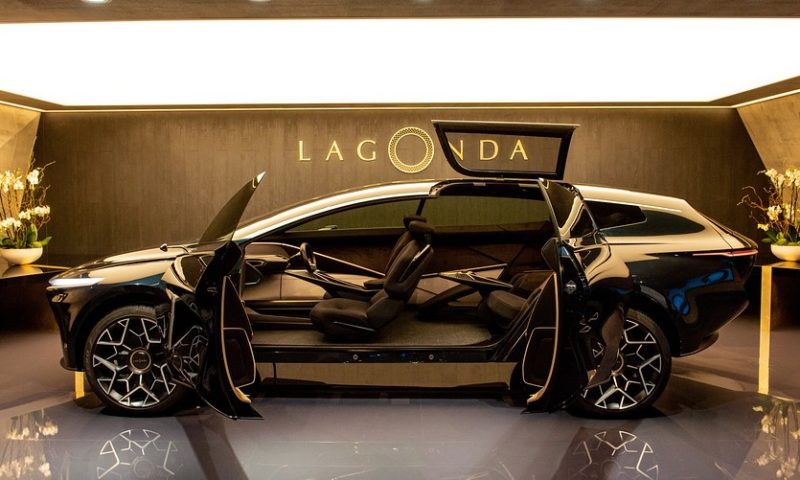 Industry players convening at the Geneva Motor Show — and those skipping the event this year — contend with trade tariffs, slumping China demand and a backlash against diesel

A bit of wax and polish is all it usually takes to give Europe’s automobile makers a sparkling shine as they gather at the Geneva Motor Show.

It is one of the most important events for the industry — a platform for top bosses to evangelize about what they have developed.

Car makers are facing a perfect storm of trade tariffs, slumping demand in the crucial Chinese market, and a backlash against diesel, which are together having a seismic effect on businesses.

A shift toward electric and autonomous vehicles has not helped. They require vast investment and a different way of thinking, which means the corporate grins have been replaced with a collective grimace.

“The industry is going through a one-in-a-hundred-years change,” Johan van Zyl, president and chief executive of Toyota Motor Europe TM, +0.40%  , told MarketWatch. “We are facing many, many changes from a vehicle point of view, from a customer change point of view and from a broader environmental point of view.”

The automobile industry provides jobs for 12 million people and accounts for 4% of the European Union’s GDP.

This was parroted by Andy Palmer, chief executive of Aston Martin LagondaAML, -0.14%  , who told MarketWatch: ‘I can’t remember going into a Geneva where the auto industry has been quite so gloomy.”

The automotive industry is crucial to Europe’s economic prosperity. The sector provides jobs for 12 million people and accounts for 4% of the EU’s GDP.

But on Tuesday the Society of Motor Manufacturers and Traders (SMMT) reported that February saw a continued decline in diesel sales in the U.K. There was a 14.3% year-on-year drop, taking the share of cars powered by diesel in the U.K. market down to less than a third at 29.6%.

In 2018 sales of new cars fell at their fastest rate since the 2008 downturn, and last month the SMMT said used-car sales had declined 2.1% in volume terms for 2018.

The European Automobile Manufacturers Association also sounded an alarm that car production on the European continent had decreased by 1.7% for 2018.

Jobs are at risk at Ford, Jaguar Land Rover, Peugeot owner PSA PUGOY, +0.15%and Honda HMC, -0.18% as everyone scales back and restructures.

So what’s at the center of the crisis?

One analyst who asked not to be named said: “Problems with China are at the heart of everything. Demand for vehicles has declined and uncertainty around [the U.S.-China] trade war is hurting, too. This is before you factor in the shift away from diesel and strategies to tackle emissions.”

Most of the big European car makers — BMW, Mercedes, VW VWAGY, -0.41% and Volvo — produce vehicles in China through joint ventures, but domestic production saw its first decline in over 10 years due to higher borrowing costs and a lack of consumer confidence.

In 2018 the Chinese wholesale market, where manufactures sell to car dealerships, was down 4.2%, and it slumped 17.7% in the first month of this year.

That said, Dieter Zetsche, chairman of the board of management at Mercedes owner Daimler AG DDAIF, +0.11% , shrugged off the gloom, saying: “We are facing a tough climate. Overall the [Chinese] economy is seeing some slowdown and a reduction of growth. While the total market is on the decline, we are seeing constant demand for product.”

BMW and Mercedes are most exposed to the uncertainty over the trade talks between Beijing and Washington. Both produce their SUVs, popular in the China market, in the U.S., which means they face a higher 25% tariff vis-à-vis SUVs made in Europe, charged at 15%. (Aston Martin Lagonda used the Geneva show to unveil a concept version of its electric Lagonda all-terrain SUV.)

Ford and GM have swerved the higher tariff because most of their cars are made in China already.

Then there is a tough carbon-dioxide regulatory regime, which is behind the shift away from diesel toward electric vehicles.

But “the market [for electric] is less than 2% today,” said Mike Manly, chief executive of Fiat Chrysler Automobiles FCAU, -2.04%  , who warned that the push toward electric is not global.

“What I know is in Latin America today and through to 2030 there will not be any need for heavy electrification,” he said. “They have a different set of priorities, so a global battery electric vehicle is not something that would have much appeal in many of the markets.”

Not everyone sees change as a negative.

“So that in the first place I would consider a positive,” he said. “Technologies … open up new opportunities which we haven’t had in the past. Some of them a very few years ago seemed more like science fiction than a real opportunity.

“We have to develop, and we have to change and have to invest a lot into the future, and if you don’t you will face big challenges.”

Tesla short sellers have been active this week