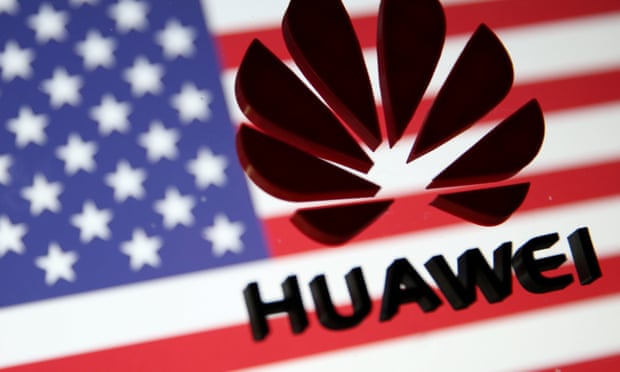 Huawei is suing the US over a government ban on its products, raising the stakes in a protracted diplomatic incident between China, the US and Canada, where a senior Huawei executive is facing extradition.

In a statement on Thursday, the Chinese telecoms equipment and smartphone manufacturer said it had filed a lawsuit in the US district court in Plano, Texas, home to the company’s US headquarters, calling for the ban on US government agencies buying Huawei equipment or services to be overturned.

“This ban not only is unlawful, but also restricts Huawei from engaging in fair competition, ultimately harming US consumers. We look forward to the court’s verdict, and trust that it will benefit both Huawei and the American people,” said Guo Ping, Huawei’s chairman.

The ban, a provision of the National Defence Authorisation Act signed by Donald Trump in August, also prevents government agencies using third-party contractors who use Huawei products. Huawei alleges it amounts to a “bill of attainder”, a legislative act forbidden under the US constitution in which an individual or group is declared guilty of a crime without trial.

Huawei, founded in 1987 by former military engineer Ren Zhengfei, has long faced accusations of being connected to the Chinese government. For years, US officials have worried the company, the world’s largest supplier of telecoms equipment, could use its products to spy for Beijing.

Under the country’s national intelligence law, the company would be required to cooperate with Chinese authorities if asked. Ren has repeatedly said Huawei has never and would never provide information to the Chinese government.

“Huawei is not owned, controlled, or influenced by the Chinese government. Moreover, Huawei has an excellent security record and program. No contrary evidence has been offered,” said Song Liuping, Huawei’s chief legal officer, on Thursday, describing the US ban as based on “numerous false, unproven and untested propositions”.

Huawei’s chief financial officer, Meng Wanzhou, the daughter of the company’s founder, is facing extradition proceedings in Canada where she was arrested in December at the request of the US. Meng faces criminal charges in the US related to violations of US sanctions on Iran. Chinese authorities have detained two Canadians, a former diplomat and a businessman on national security grounds, arrests widely seen as retribution for Meng’s detention.

The lawsuit adds to what is likely to be months, if not years, of legal battles as well as continued diplomatic tensions. Meng is suing the Canadian government, border agency and the national police force for detaining and interrogating her before informing her she was under arrest.

After Canada approved the beginning of the extradition process last week, Chinese authorities released a statement further detailing allegations against the detained Canadians, of being co-conspirators in stealing Chinese intelligence.

Chinese officials have described the US charges against Huawei as an attempt to suppress Chinese firms. On Thursday, foreign ministry spokesman Lu Kang said Beijing supported the lawsuit. “We believe that it is perfectly legitimate and perfectly understandable for companies to defend their legitimate rights and interests through legal means,” he said at a regular news briefing.

Huawei is the second-largest smartphone maker as well as a global leader in 5G wireless networks. The US has been lobbying its allies to block Huawei technology from their developing 5G networks. Australia and New Zealand have moved to restrict use of Huawei equipment while the UK and Germany are considering restrictions.

The lawsuit marks the company’s most aggressive move yet after several months of a public relations push. In recent months Huawei has invited journalists to its campus in Shenzhen, conducted more interviews and launched a “Huawei Facts” website and Twitter account. This week it opened a cybersecurity transparency centre in Brussels to “facilitate communication” between Huawei and stakeholders.

“Prism, prism on the wall. Who’s the most trustworthy of them all?” Guo said in a keynote address at the Mobile World Congress in Barcelona last month, referring to US surveillance on its own citizens. “We can’t use prisms, crystal balls or politics to manage cybersecurity. It’s a challenge we all share.”